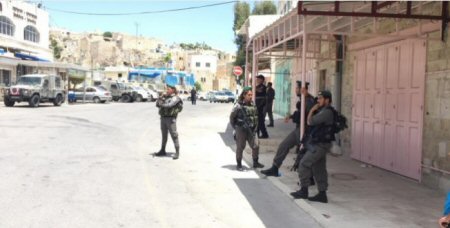 The international observational organization, Temporary International Presence in Hebron (TIPH), has compiled the situation of Hebron city, over the last 20 years, into a single, significant and damning report.

According to an anonymous source who has read the report, speaking to Haaretz newspaper, the report revealed that Israel has been in severe and regular breach of a number of international and internal laws that they once vowed to uphold.

For a long time, Hebron has been a contentious place, having being divided in two under the 1997 Hebron Protocol. The Palestinian Authority controls 80% of Hebron city, with its 175,000 Palestinian inhabitants, known as H1. Israeli Forces control H2, which some 40,000 Palestinians live along with up to 800 Israeli settlers.

TIPH has been observing and monitoring the daily situation in Hebron with a goal of assisting and reporting on the maintenance of ‘normal life’. However, looking back on the last few years, the 100 page document shows that life in Hebron is anything but normal.

As an occupying nation, Israel is obligated by international rule to protect civilians that are being occupied, with a particular requirement of upholding the right to non-discrimination.

According to the PNN, explicit counts of favoritism to Israeli settlers and the oppression of Palestinians observed by TIPH’s 64 international mission members disprove any illusion of two peoples living side by side in equality.

Religion is a good example to illuminate the stark contrast between the treatment of the inhabitants of Hebron.

Jewish worshipers have had roads built for their convenience that cuts through Palestinian farmlands, with old Ottoman houses demolished to widen the road for their commute to pray.

For Muslims, on the other hand, their journey to the holy Ibrahimi Mosque is literally obstructed by Israeli security checkpoints at the only two access points to reach the mosque, where they get searched and sometimes even strip searched.

In addition to this, the Israeli military restricted the Muezzin from announcing the call to prayer, especially on Friday nights and Saturdays due to Jewish Shabbat. In fact, last month alone, Israeli forces silenced the Ibrahimi athan 47 times as to not annoy the Israeli settlers who also attend another section of the holy site.

Discrimination via freedom of movement

This continual prioritization of settlers and the suppression of Palestinians in H2 by Israel is also evident in people’s freedom of movement, the report states.

A notorious example that illustrates this is Shuhada Street. It used to be a bustling Palestinian market place, a commercial hub for merchants and a popular thoroughfare. Since Israeli forces  prohibited Palestinians to drive on this road and restricted access to pedestrians, the once thriving shopping center now resembles an ghost-like town, deserted and empty, with all its buildings shuttered.

Israeli citizens, however, can enjoy exclusive freedom of movement with full access to all roads. This also extends to movement between suburbs and townships, where many Palestinians struggle through unpleasant checkpoints manned by Israeli forces.

Next steps
The confidential report, exclusive to only the internal members of Israel, Palestinian authority and TIHP’s member countries (Italy, Norway, Sweden, Switzerland and Turkey) has overseen 40,000 incident reports against Israel’s actions in Hebron over the last 20 years. Haaretz said the report concluded with stating that the situation in Hebron is going in the opposite direction to what the Hebron Protocol was aiming to achieve.

TIPH’s detailed report does not provide any recommendations for action to be taken by any government – neither internal nor external. It is merely a reflection on the dire situation in the torn city of Hebron, over the last two decades.