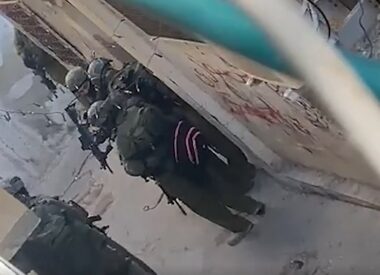 They added that several army jeeps invaded the refugee camp after the undercover soldiers kidnapped the Palestinians and took them in their vehicles to an unknown destination.

During the invasion, the soldiers invaded several homes and occupied their rooftops to use them as firing posts and monitoring towers. Also Sunday dawn, Israeli soldiers abducted three Palestinians from the family of Ali Hasan Harb, 27, who was stabbed to death by an Israeli colonizer on June 21st, in Iskaka village, east of Salfit in the central West Bank.