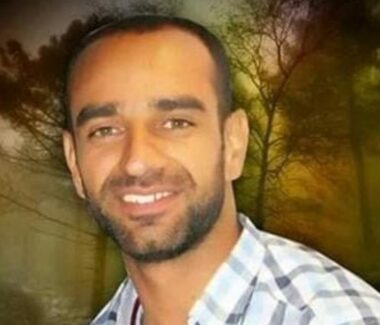 RAMALLAH, Friday, November 25, 2022 (WAFA) – A Palestinian political prisoner who has been on hunger strike for 27 days to protest being placed in solitary confinement on Friday suspended his fast after reaching a deal with Israel, according to Prisoners Affairs Commission.

The spokesperson for the Commission, Hassan Abed-Rabbu, said that Samer Isawi suspended his 27-day-long hunger strike after the Israeli Prison Service (IPS) agreed to his demand to transfer him from the solitary confinement cells of Ramon Prison to the Negev detention camp.

He explained that Isawi started his hunger strike in solidarity with the families of Palestinians killed by Israeli gunfire and whose bodies are still held by the occupation, and was, as a result, punitively transferred to Rimon Prison.

A resident of the East Jerusalem neighborhood of Isawiya, Isawi was first detained in 2003 and sentenced to 30 years in imprisonment. He was released as part of a prisoner swap deal in 2011, but was re-detained in July 2012.

Following his detention, Isawi started a hunger strike for 9 months before regaining his freedom in December 2013. However, he was detained once again in June 2014.

According to the latest figures from Addameer, the Palestinian Prisoner Support and Human Rights Association, there are currently 4,700 Palestinian political prisoners in Israeli prisons and detention centers, including 190 children and 30 female prisoners.

Mass arrest of Palestinians is nothing new. According to a 2017 report by Addameer, over the past 50 years, more than 800,000 Palestinians have been imprisoned or detained by Israel, this figure is now believed to be closer to 1 million. This means that about 40% of Palestinian men and boys living under military occupation have been deprived of their freedom. Almost every Palestinian family has suffered the imprisonment of a loved one.