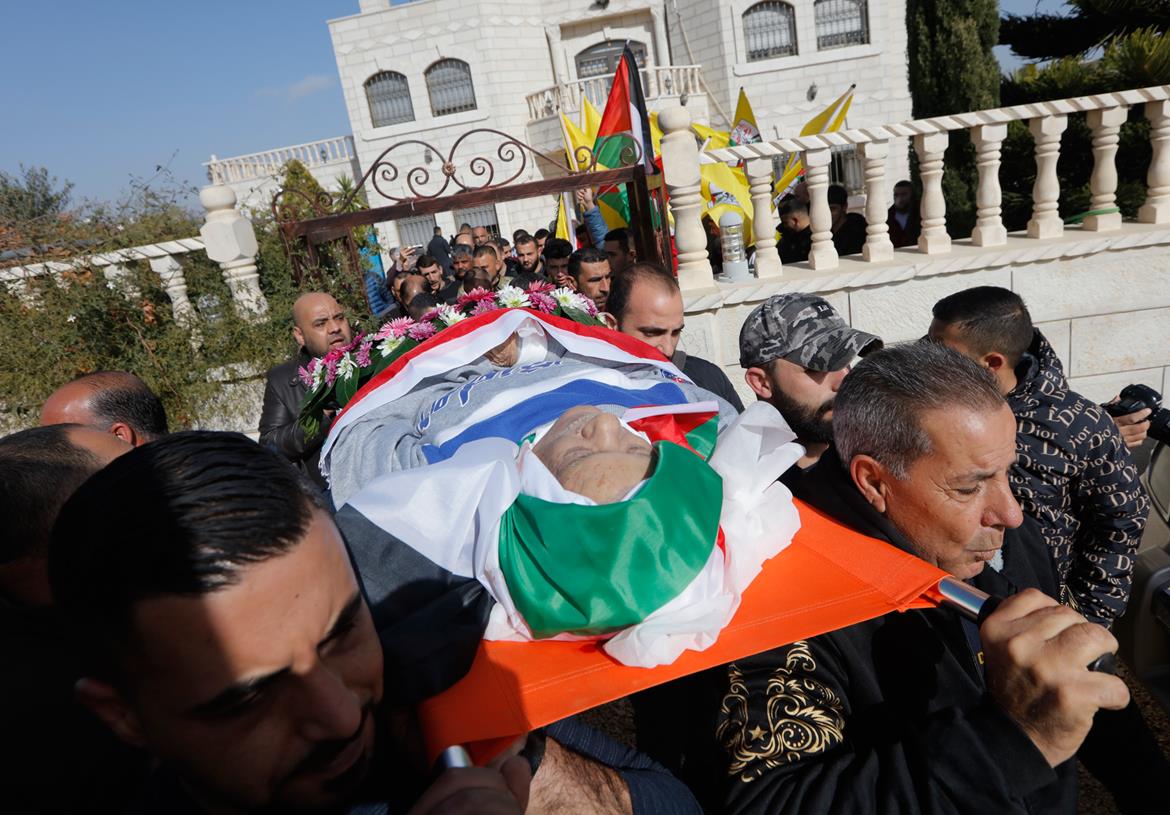 Family and friends of Omar As’ad taking part in his funeral at his home village. (WAFA Images / Baha Nasr)

JERUSALEM, Thursday, January 13, 2022 (WAFA) – Tor Wennesland, the United Nations Special Coordinator for the Middle East Peace Process, today called for a swift and thorough investigation into the death of an elderly Palestinian man as a result of his arrest and beating by Israeli soldiers in a Ramallah-area village.

Omar Abdel Majid As’ad, 80, a US citizen residing in the village of Jiljilya, north of the occupied West Bank city of Ramallah, died early yesterday of a heart attack after Israeli soldiers held him for several hours, blindfolded and handcuffed, and also beat him after pulling him out of his car when he was returning home after midnight, then left him in an abandoned building where he was found dead in the morning when his village residents went to look for him at dawn after the soldiers left the area.

The Palestinian Ministry of Health said As’ad was brought dead to Ramallah hospital, saying the cause of death was a heart attack caused most likely from the beating and aggravated by the long detention and then abandoning him handcuffed for several hours in a building that was under construction on the outskirts of the village on a very cold night.

“My deepest condolences to the family of Omar As’ad – the elderly Palestinian man who died yesterday, Wednesday, in the context of an apparent arrest by Israeli security forces near Ramallah. I call for a swift, thorough and transparent investigation,” wrote the UN Special Coordinator in a tweet.

The US State Department has also called for a thorough investigation into As’ad’s death since As’ad is a US citizen.

As’ad was buried today in his home village.