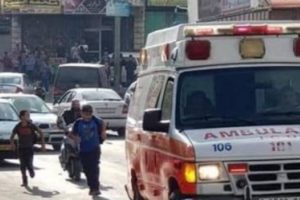 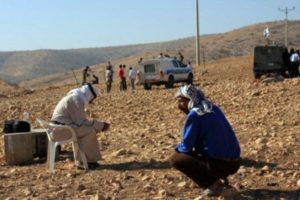 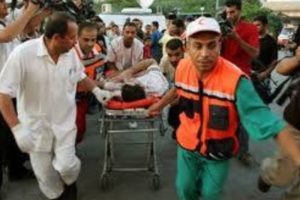 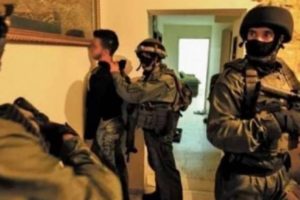 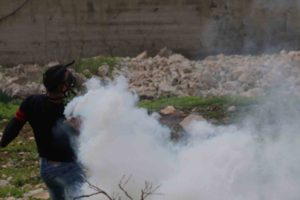 Israeli soldiers attacked, Friday, the weekly procession in Kufur Qaddoum town, east of the northern West Bank city of Qalqilia, causing many injuries. The Popular Committee against the Annexation Wall and Colonies in Kufur Qaddoum, said the Palestinians, accompanied by international and Israeli peace activists, marched from the center of […] 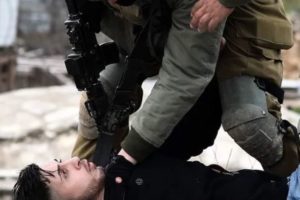 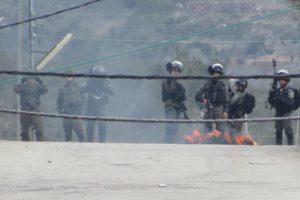 Israeli Soldiers Injure Many Palestinians In ‚ÄòAboud And Budrus Near Ramallah

Israeli soldiers injured, Friday, many Palestinians, including a young man who was shot with a live round, after the army resorted to the excessive use of force against protesters in the villages of ‚ÄòAboud and Budrus, near Ramallah, in central West Bank. Dozens nonviolently marched in ‚ÄòAboud village, west of […] 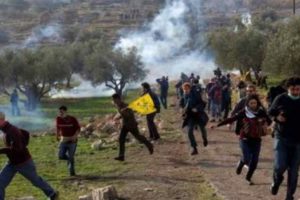 Israeli soldiers injured, Friday, many nonviolent protesters in Bil‚Äôin village, west of the central West Bank city of Ramallah, during the weekly procession against the illegal Annexation Wall and Colonies. The Popular Committee against the Annexation Wall and Colonies in Bil‚Äôin, has reported that dozens of Palestinians, accompanied by Israeli […] 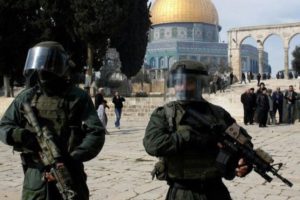 A group of Palestinian worshipers, early Friday morning, were brutally attacked by Israeli occupation soldiers who prevented them from reaching the holy Al-Aqsa Mosque, in occupied Jerusalem. Quds News Network (QNN) reporter said thousands of Palestinian Muslims flooded Jerusalem from all around Palestine as well as some from Israel, to […] 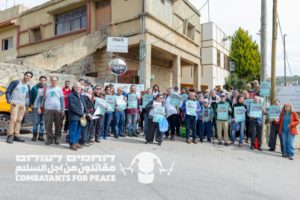 Combatants For Peace (CFP) Activists participated, Friday, in a volunteer day to plant olive trees on the lands owned by Yasuf village farmers, near Salfit in central West Bank. As the activists‚Äô bus from Tel Aviv reached the entrance of Yasuf, the Israeli soldiers closed the street leading to the […] 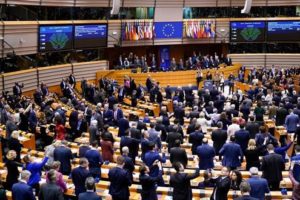 An overwhelming majority of the European Union’s parliamentary lawmakers have censured a US-devised Middle East proposal on the Israeli-Palestinian conflict, saying the contentious plan flies in the face of international law. During a session in Strasbourg, on Tuesday, EU lawmakers said the plan that the administration of US President Donald […]

Adalah: Over 2,000 Bedouin Preschoolers Stuck at Home due to School Bus Budget Dispute 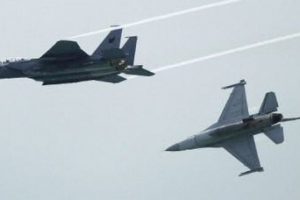 Israeli warplanes last night carried out several airstrikes targeting multiple locations around the Syrian capital of Damascus. Syrian news agency SANA said the army observed hostile missiles coming from the Israeli-occupied Golan Heights. It further stated that the army air defenses intercepted and downed a number of them before they […] 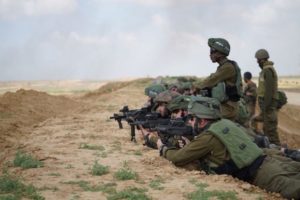 Israeli forces, on Friday, opened fire toward a group of citizens to the east of Khan Younis City, southern Gaza Strip. Local sources told Days of Palestine that Israeli occupation forces opened fire at a group of young men and children who are residents of Kouza’a neighborhood, east of Khan […]

Summary This week, PCHR documented 191 violations of international human rights law and international humanitarian law (IHL) by Israeli occupation forces (IOF) and settlers in the occupied Palestinian territory.¬Ý This was reflected in dealing with the peaceful protests organized against Trump‚Äôs declaration of Trump‚Äôs Peace Plan for the Middle East […] 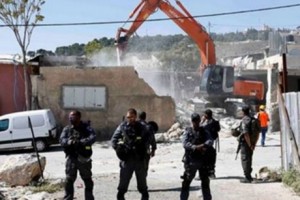 The Israeli municipality of Jerusalem demolished, on Thursday, a house belonging to a Palestinian citizen in the occupied Jerusalem neighborhood of Silwan, under the pretext of being built without an Israeli permit, the home owner said. Homeowner, Iyad Shweiki told WAFA that two days ago, the crews of the Israeli […] 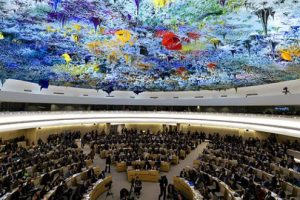 Israel has suspended its ties with the United Nations High Commissioner for Human Rights, the Israeli Foreign Ministry (FM) announced on Wednesday, several hours after the UN body published a list of 112 companies that do business in West Bank settlements. FM Israel Katz‚Äôs office said he ordered the ‚Äúexceptional […] 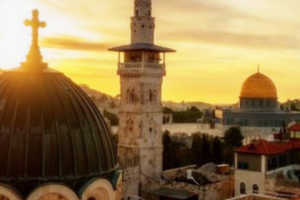 Jerusalem Home Begins to Collapse due to Israeli Excavation

A Palestinian-owned house in the Old City district of occupied Jerusalem, today, partially collapsed as a result of ongoing underground excavations by Israeli authorities and illegal settler organizations, the house-owner told WAFA. Mr. Thaher Sharabati said his house sustained minor landslides during the recent low pressure and the accompanying heavy […] 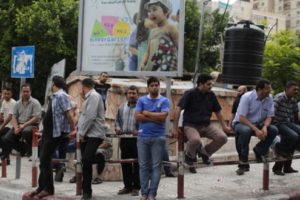 The Palestinian Central Bureau of Statistics ‚ÄúPCBS‚Äù issued its 2019 Labour Force Survey Results, which showed the unemployment rate among labour force participants in Palestine, in 2019, to be 25%; the total labour underutilization was 33%. Using the latest Revised ILO standards ICLS 19th, the number of unemployed was 343,800 […]