2,500 Settlement Units to be Approved 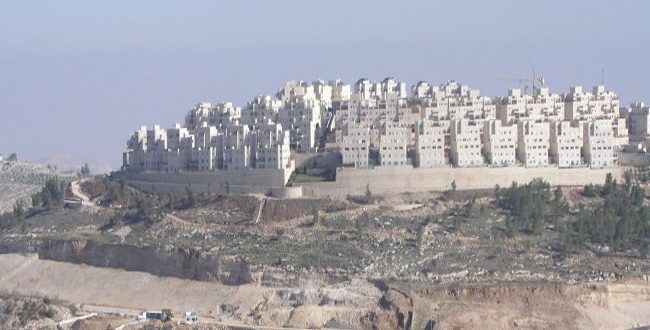 Israeli occupation authorities are expected to approve 2,500 new settlement units in the occupied West Bank next week, a local NGO revealed on Friday.

According to Peace Now, the High Planning Committee of the Israeli Civil Administration — the military authority governing the occupied territories – will be meeting to promote 27 new plans covering the new units.

All of Israel’s settlements are illegal in international law.

Some 1,500 of the new units, reported Haaretz, will be within existing major settlement blocs, including Ma’ale Adumim and Ariel. Israel insists that these blocs will be annexed to the state in any future deal with the Palestinians.

Peace Now said that 102 units would be built in the new settlement of Amihai, which has recently been approved, the first totally new settlement in 25 years. The rest will be built in settlements that lie deep within the occupied West Bank, including Beit El, north-east of Ramallah, and Susiya in the South Hebron Hills.

Quds Press pointed out that settlement activities, including these plans, have increased sharply after last month’s visit by US President Donald Trump to the region.

The head of the Regional Settlement Council of Samaria [sic], Yossi Dagan, said that Israel’s Prime Minister Benjamin Netanyahu had been under pressure from a “hostile” US administration [of Barack Obama] for eight years, but during the new Trump era, “We expect compensation for all the past years.”

Observers are permitting themselves a few wry smiles at the claim that any US administration has ever been “hostile” toward Israel, Days of Palestine reports.