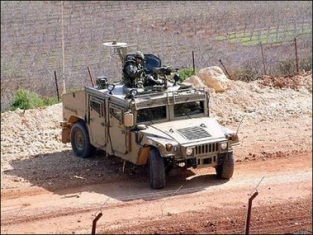 Five Palestinian were killed on Friday evening and two others were injured when their vehicle accidentally slammed into a military hummer at the Silwad Bridge, by the entrance of Ofer near the central West Bank city of Ramallah. The Public Affairs Department at the Palestinian Police in Ramallah said that all of the deceased residents are family members; a husband, his wife and their children.

Israeli sources reported that four Israeli soldiers, who were in the military hummer, were lightly wounded and were airlifted to an Israeli hospital.

The Israeli police said that the Palestinian vehicle was speeding, and that one of its tires exploded leading the vehicle to slide into the opposite direction of the street to slam into the military vehicle.

The wounded soldiers and Palestinains were moved to an Israeli hospital for treatement.