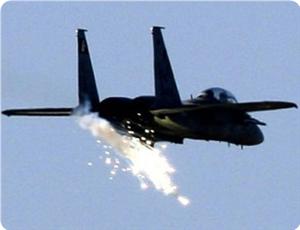 Palestinian medical sources reported on Thursday evening after the Israeli Air Force fired missiles at a Palestinian vehicle driving in Rafah, in the southern part of the Gaza Strip.The strike took place in Al Salaam neighborhood in Rahah; several missiles were fired at the vehicle wounding the four bystanders and causing damage to nearby homes and property.

The four residents were moderately wounded and were moved to Abu Yousef Al Najjar Hospital in Rafah.

The persons who were in the targeted vehicles managed to escape the scene unharmed, local sources reported.

Earlier on Thursday, the al-Quds Brigades, the armed wing of the Islamic Jihad, reported that one of its fighters died of wounds suffered during clashes with Israeli forces invading Gaza City on Wednesday morning.

The army bombarded several areas in the Gaza Strip on Thursday leading to excessive to homes and property. Several residents were also wounded in the attacks.