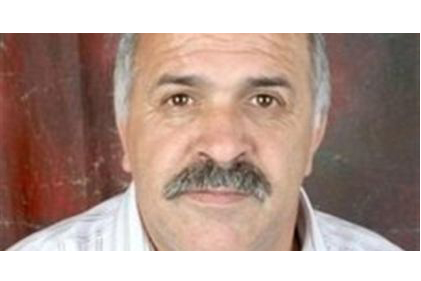 After interrogating him at a Police station in occupied Jerusalem, on Tuesday, the Israeli Police issued an order forcing Palestinian activist and intellectual, Rasem Obeidat, to remain in his residential area in Jerusalem for seven months. He will not be allowed out of Jerusalem, and will only be allowed into certain areas in the city.The Police handed Obeidat a map detailing the areas he will be allowed to enter in Jerusalem for the duration of this order.

Obeidat was repeatedly imprisoned by Israel for his political activities and writings. He is active in many areas, mainly: social issues, the occupation, the issue of the detainees imprisoned by Israel, and in defending the Palestinian rights in the city.

He stated that preventing him from entering the West Bank, and forcing him out of several parts of Jerusalem, is a direct violation to the Freedom of Movement guaranteed by all international laws and regulations. Obeidat added that this order specifically violates the Fourth Article of the Geneva Convention of 1949.

He also stated that this order is unjust, and aims at targeting Palestinian political and social figures in the city, the same way Israel targets religious figures and all intellectuals, adding that this decision does not only target him personally, but also targets his family, as he heads the Vocational Rehabilitation Program at the YMCA in Beit Sahour, near Bethlehem.

Obeidat was arrested in 1985 for his political activities with the Popular Front for the Liberation of Palestine (PFLP), and was imprisoned for two years.

Obeidat said that the European Union, the Quartet Committee, and all related international groups, must impose sanctions on Israel for its ongoing attacks and violations against the Palestinian people.

Two days ago, the police raided an Islamic Club in Silwan, in occupied East Jerusalem, and shut down the Silwan Charitable Society under claims of supporting the Palestinian resistance.