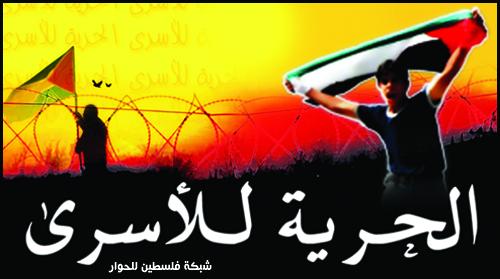 The Media Office of the Waed Society for Detainees and Ex-Detainees reported that Palestinian detainees in Israeli prisons and detention camps intend to declare, in April, one of the largest open-ended hunger strikes. The society said that the detainees will declare the exact day that would mark the beginning of their strike shortly before starting it as they anticipate that Israeli soldiers will be conducting counter measures and attacks in order to foil the strike.

Some of the anticipated, and previously experienced measures, include transferring dozens of detainees from one facility to another, and placing others in solitary confinement.

Head of the media office of the Waed Society, Abdullah Qandeel, stated that the detainees confirmed to the Society that the strike will be decisive and has several main goals topped by demanding an end to the illegal solitary confinement policies, medical negligence, and all Administrative Detention orders, the Maan News Agency reported.

Qandeel added that this strike requires extensive solidarity from the Palestinian people in order to expose the Israeli violations and support the detainees in their open-ended “battle”.

He further stated that media coverage of the strike, and highlighting the plight of the detainees in Israeli prisons, detention and interrogation facilities, is very essential, especially in the Arab world and Europe.