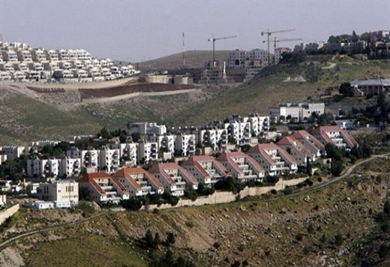 The Israeli Security Services expressed rejection of the new Israeli government decision to build additional 3000 units for Jewish settlers in occupied Jerusalem and the West Bank, and said that “the move is un-calculated”.Israeli daily, Maariv, reported that the new decision that was also described as “an angry move’ by Israeli security officials who also described the decision as hasty, as there is no need to punish the Palestinians for garnering UN General assembly overwhelming approval vote as a nonmember state as long as the Palestinians refrain from suing Israel at the International Criminal Court.

The officials said that Israel must keep this option open, and should only implement it when the Palestinians do head to the Court.

Maariv said that the security officials made their statement following talks conducted by Moshe ‘Bogie’ Ya’alon, former Chief of Staff of the Israeli army and current member of the Knesset for Likud, as well as the country’s Vice Prime Minister and Minister of Strategic Affairs, Likud Member of Knesset (MK) Benni Begin, Likud MK Dan Meridor, who all met with Israeli Foreign Minister, Avigdor Lieberman of “Israel Our Home” fundamentalist party, and Israeli Defense Minister, Ehud Barak.

Israel made its decision last week, and said that it will be building the 3000 units, in addition to thousands of units at later stages, claiming that the decision was made to punish the Palestinian Authority for heading to the United Nations.

The United States also expressed rejection to the Palestinian UN General assembly move, but said that the Israeli decision is “counterproductive”, and called on Israel and the Palestinian to refrain from conducting any acts that are considered “unilateral”.

It is worth mentioning that several countries of the European Union strongly denounced the new Israeli decision to build 3000 units for Jewish settlers in the occupied West Bank, and in occupied East Jerusalem.