Israel Said To Be Willing To Conduct Limited Settlement Freeze 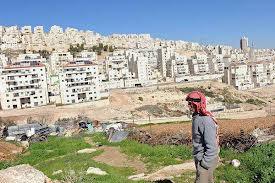 Israeli sources reported that the Israeli government of Benjamin Netanyahu is “weighing the possibility of a conditional, limited freeze” on settlement activities, as an act of goodwill towards the Palestinian Authority ahead of the planned visit of U.S. President Barack Obama to the region.The alleged “acts of goodwill” include a freeze on settlement activities in certain non-vital parts of the occupied West Bank, and the release of some Palestinian political prisoners.

Israeli Maariv reported that the Netanyahu government is trying to avoid a tension with the U.S. Administration, and wants to avoid being pressured into “making concessions”.

The New York Times reported that Israel will be releasing some Palestinian detainees, and also intends to grant the Palestinian Authority in the West Bank “full control” over certain cities and towns, in addition to the claimed limited freeze on settlement activities.

The paper also said that political analysts and officials do not really expect Obama’s visit to achieve a real breakthrough in the stalled peace talks.

American Middle East Envoy, Dennis Ross, stated that Ramallah and Tel Aviv should be serious in trying to resume the peace process, and should stop blaming each other.

The White House said that Obama does not intend to present a new initiative, and that his two-day visit will also include separate talks with Israeli and Palestinian officials, in addition to visiting the Holocaust Memorial, the Hebrew University, and will likely speak at the Israeli Knesset.

Obama will also be heading to the central West Bank city of Ramallah to meet Palestinian President, Mahmoud Abbas.

In related news, head of the Negotiations Department of the Palestinian Liberation Organization (PLO), Dr. Saeb Erekat, told the Palestine News Network (PNN) that no date was set for a trilateral summit between Obama, Netanyahu and Abbas