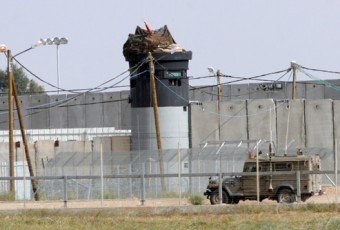 Friday evening [September 20, 2013] Palestinian medical sources reported that two Palestinian youths have been shot and injured by Israeli army fire east of Jabalia, in the northern part of the Gaza Strip.The sources said that the two youths were in Palestinian farmlands, close to the border fence east of Jabalia.
They suffered mild injuries and were moved to Kamal Adwan Hospital, in northern Gaza.

Israeli soldiers repeatedly attack Palestinian farmers and villagers any time they approach the border fence while working in their lands.

On Thursday morning, soldiers kidnapped two Palestinians allegedly after they tried to cross the border fence, in the Juhr Ad-Deek area, in central Gaza.

Also on Thursday, soldiers fired several rounds of live ammunition into the Al-Boreij refugee camp, in central Gaza, causing damage but no injuries.

Eyewitnesses said that the rounds came from military towers across the border, near Al-Boreij, and targeted a number of homes and farmlands.