Settlers Attack School Near Bethlehem, Attempt to Invade It 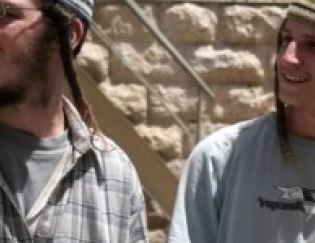 [Tuesday, May 25, 2014] A number of fanatic Israeli settlers surrounded a Palestinian school in the Teqoua’ town, east of the West Bank city of Bethlehem, and attempted to invade it.The Radio Bethlehem 2000 has reported that several settlers gathered around the school, located on the main road of the town, and attempted to invade it, but the teachers and the headmaster of the school managed to stop their attack.

It added that Israeli soldiers were at the scene, but did not help in the attempt to remove the invading extremists.

The settlers left the area later on without being able to invade the school. No clashes or injuries were reported.

Head of the Teqoua’ Local Council, Taiseer Abu Mfarreh, stated that different schools in the town have been subject to frequent assaults by Israeli settlers, and Israeli soldiers.

He added that dozens of students have been injured, mainly due to effects of tear gas inhalation and rubber-coated metal bullets, while several students were beaten by the settlers and a few were hit by settler vehicles.

“It is clear Israeli soldiers and settlers are interested in obstructing the children’s education,” Abu Mfarreh stated. “The attacks are frequent and violent.”