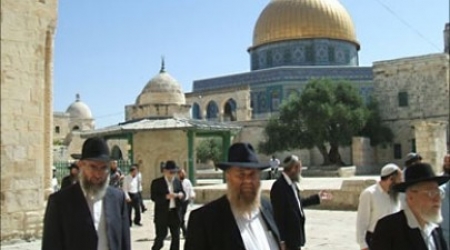 Extremist Jewish organizations gathered on Saturday night, for private Hanukkah celebrations, starting a fire a few meters away from the mosque, near Buraq Wall, with the participation of a number of senior Israeli leaders and rabbis.

Al Aqsa Mosque has witnessed almost daily incursions by Israeli settlers and Jewish extremist groups, in their attempt to wield full control over it, imposing temporal and spatial division.