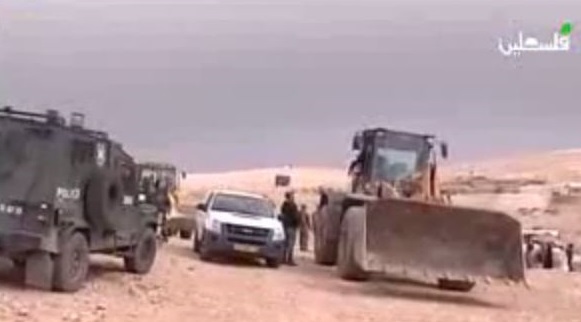 Jabour said the homes (120 square/meters) belong to Hosni Mohammad Reb’ey, and his brother Hussein, and that the soldiers demolished several stores and barns.

He also said the soldiers previously demolished several homes and structures in the same area, as part of Israel’s illegal policies to remove the Palestinians for its settlement construction and expansion activities.

In addition, several military vehicles invaded Khirbet ad-Deir village in Wadi al-Maleh, in the Northern Plains of the West Bank, and handed four families military orders informing them their homes, and twenty sheds, will be demolished.

Head of the Wadi al-Maleh Village Council ‘Aref Daraghma said the villagers are shepherds, and that their village in part of Bedouin communities that became surrounded by illegal Israeli colonies and military camps.