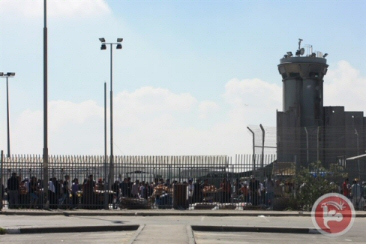 Israeli forces fired shots in the air and then shot the man after he continued running, the spokesman added.

The man was moderately wounded and taken to hospital for treatment. It is unclear if the man was armed or not.

On Monday, four settlers were allegedly injured by a Palestinian gunman near the illegal settlement of Shilo in the Nablus district.

Earlier on Monday a Palestinian woman was detained after she reportedly stabbed an Israeli soldier at the 300 checkpoint in Bethlehem.

In the same time period, however, an average of 39 Palestinians have been injured by Israeli forces per week and 13 killed, including two since the beginning of this month.

Qalandiya checkpoint is one of over 100 permanently staffed military structures controlling the movement of Palestinians in the occupied West Bank.