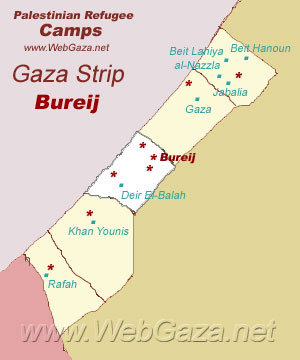 After shooting to death a leftist leader at a protest on Friday, Israeli forces again invaded Gaza Saturday to attack the man’s funeral in the town of Dir al-Balah.41-year-old Sami Shawqi Madhi was a leader for the Popular Front for the Liberation of Palestine (PFLP), a left wing political party that works for labor rights and against the excesses of capitalism. Israel and the U.S. both consider the PFLP to be a terrorist group, for their role in several attacks against Israelis in the 1990s. In the past decade, the group has employed a non-violent strategy in their struggle against the Israeli military occupation.

On Saturday, hundreds of people turned out for the funeral of the slain leftist leader. Israeli troops invaded the Strip with armored vehicles and began firing at mourners. Some young men among the mourners began throwing stones at the invading forces, according to local sources.

The demonstration on Friday at which Madhi was killed had been organized in solidarity with the family of a Palestinian teenager who was killed earlier in the week in Bethlehem by an exploding bullet fired at his head by Israeli troops during a demonstration.

The teen had been a member of the leftist PFLP political party.