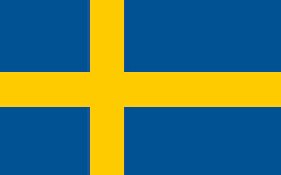 Sweden’s foreign minister called for an inquiry, on Tuesday, into claims that Israeli forces have carried out extrajudicial killings, in clashes with Palestinians.’It is vital that there are thorough, credible investigations into these deaths in order to clarify and bring about possible accountability,’ Margot Wallstrom told lawmakers, according to World Bulletin/Al Ray.

Daily attacks have been taking place for the last three and a half months, while at least 140 Palestinians have been killed by the Israeli army since mid-September.

Slamming the violence on both sides, Wallstrom said that the U.N. high commissioner for human rights, as well as other relevant human rights groups, have raised concerns about possible ‘extrajudicial killings’ by Israel.

Wallstrom was quoted by TT news agency as saying that she rejects any attempt to ‘portray Sweden, the government or me as Israel’s enemy. We are Israel’s friend and the Palestinians’ friend and both states have a right to exist.’