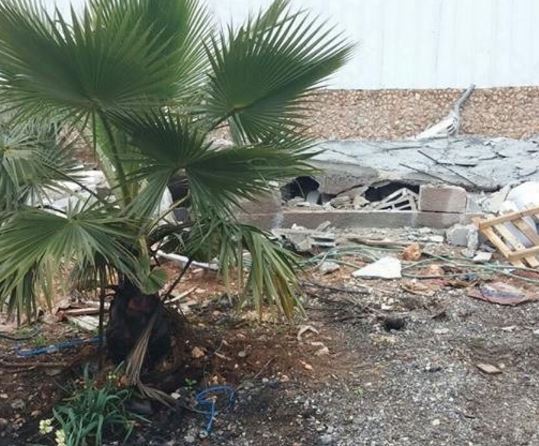 Israeli soldiers demolished, Wednesday, a newly-built Palestinian home in Beit Hanina neighborhood, north of occupied Jerusalem; the family was preparing to move into their residence next week. The demolished property is the third to be destroyed Thursday. The Wadi Hilweh Information Center in Silwan (Silwanic) said the soldiers surrounded the neighborhood before invading it, and demolished the property that belongs to a Palestinian woman, identified as Hiba Abu Assab, and her four children, 8 for 14 years of age.

Abu Assab said the new home was furnished and had two rooms, a kitchen and a bathroom, and that the family was hoping to move in, next week.

She added that the Israeli bulldozers first demolished the wall surrounding the property, and destroyed the home without a prior notice.

It is worth mentioning that, in late December 2014, the family was forced to demolish its home, and was forced to pay a 20.000 Israeli shekels fine, allegedly for building it without a construction permit. The family is still repaying construction costs, fines and debts.