Shimon Dotan, Director of ‘The Settlers’ 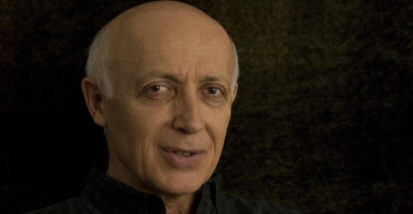 As Israel faces international condemnation over its plan to build 153 new [illegal] settlements in the occupied West Bank, a newly premiered documentary film “The Settlers,” written by Romanian-born, Israeli-raised filmmaker, Shimon Dotan, focuses on the fringe of the settler movement.“The Settlers”, PNN reports, traces the history of [illegal] Israeli settlements in the occupied West Bank and their growth through both individual action and, in this telling, the sometimes tacit encouragement of Israeli politicians.

“What is a settler?”

This is the question which opens the new documentary that premiered in January, at the Sundance Film Festival, in the U.S.

The film offers an immeadiate answer: “A religious fundamentalist driven by messianic ideology who believes Jews have the exclusive right to the West Bank and may use all manner of subterfuge, violence and lawbreaking to fulfill the divine imperative of settling the Holy Land.”

According to a review from the Variety magazine, Dotan portrays the settler movement’s growth as a “kind of feedback loop of incremental protests, governmental indifference and political calculation.”

With interviews from old archives footage and contemporary ones with Israeli settlers and academics, Dotan’s documentary starts with the leaders of Gush Emunim, the ideological movement influenced by the teachings of Rabbi Tzvi Yehuda Kook, which subscribed to the belief that the 1967 war heralded divine redemption, and that ‘settling’ the newly conquered territory would help usher in the messianic age.

The film also features interviews with unrepentant members of the Jewish Underground, who, in the 1980s, carried out bombing attacks against the Palestinian mayors of Nablus, Ramallah and El Bireh (two were maimed, one escaped unharmed), plotted to blow up the mosque at the Temple Mount and planted bombs on Arab buses. Israeli officials caught them and defused the bombs before they exploded.

“I think Israelis know very little about what’s happening in the West Bank and little about the ideological origins of the settlements,” Dotan said. “This film gives settlers’ voices a platform. I hope people will listen.”

According to a critic from the U.S online newspaper the Huffington Post, “The Settlers” raises the hope that politicians will be able to address these issues in as measured terms as he does. Shining light on the issues may lead to the path of solution.

Dotan, 66, lives in the United States for more than 20 years and teaches political cinema at New York University. He had previously won at Sundance festival in 2007 with “Hot House,” which focused on Palestinian prisoners in Israel.

Below, a video from Democracy Now! with a full interview with Shimon Dotan where he speaks about The Settlers.