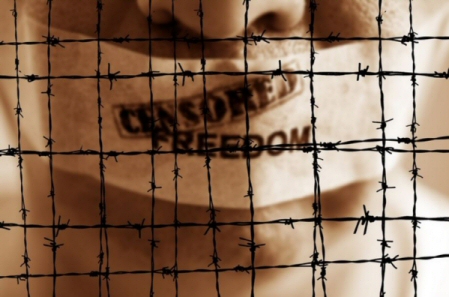 The Palestine Journalists’ Syndicate strongly condemned Israel’s closure of Palestine Today TV after a raid on Friday. The TV channel’s website appears, moreover, to have been subject to a cyber-attack as internet security software flags its website as dangerous. The head of the TV channel, one journalist and a broadcast technician were detained.The Palestine Today TV station located in the Israeli occupied Palestinian West Bank was closed after Israeli soldiers stormed the TV channel’s premises on Friday.

The Syndicate denounced the closure as part of Israel’s illegal attacks and its escalation of violence against media and journalists in occupied Palestine. The Syndicate also called on Arab and international media and news agencies to denounce the Israeli violations to pressure Israel into ending its illegal policies targeting fundamental rights including the freedom of speech.

NSBC International Editor-in-Chief, Christof Lehmann, noted that the raid and the closure of the TV channel is one in a series of blatant violations of Palestinian journalists’ and media’s rights. Lehmann stressed the need for international lawyers to investigate whether:

“The real irony and tragedy is that these resolutions were adopted after WWII and at least in part to prevent a repetition of the tragic dehumanization of European Jews, Gypsies and others by media and the crack-down against media that would not follow suit. It is tragic and deeply disturbing to see Israel repeat these same mistakes today”.

Lehmann added that the closure of Palestine Today TV also violates Article 19 of the Universal Declaration of Human Rights. The nsnbc editor-in-chief noted that the condemnation of Israel’s illegal crackdown on Palestinian journalists and media is no implicit endorsement of the Palestinian Authorities or Palestinian media’s record with regard to a free and independent press. Lehmann referred to a 2012 report by issued by the Palestinian Center for Development and Media Freedoms” MADA” that concluded that a large number of Palestinian journalists are “self-censoring”.

He added that: “The Israeli occupation, Friday’s closure of Palestine Today TV and the generally aggravated violence against media and journalists, of course, exacerbates that situation”.