March 16th: Anniversary of the death of Rachel Corrie 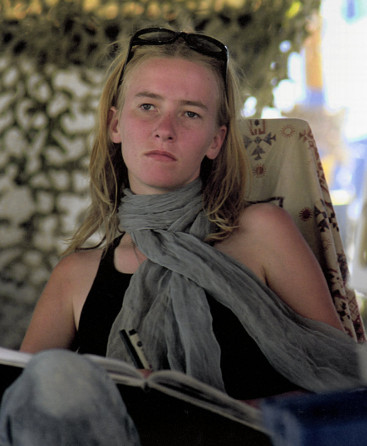 March 16th, 2016 marks 13 years since a young American peace activist stood in front of an Israeli armored bulldozer to try to protect a Palestinian home from demolition, and was crushed to death by the driver of the bulldozer.After Rachel Corrie was killed, her parents, Cindy and Craig Corrie, demanded an investigation of her death and justice for those responsible. Thirteen years later, a full, credible investigation has yet to be carried out, according to the late activist’s family.

On the anniversary of her death, the Rachel Corrie Foundation held an event in her hometown of Olympia, Washington, titled “Remember Rachel – Remember Gaza”. The event featured a talk by a friend of Rachel’s, who was volunteering in the International Solidarity Movement with Rachel in 2003 when she was killed.

Through tenures of both the Bush and Obama administrations, high level Department of State officials have continued to call for Israeli investigation in Rachel’s case. The family reported that in the years since Rachel was killed, they have met with Lawrence B. Wilkerson (Chief of Staff to Secretary of State Colin Powell), William Burns (then Under Secretary of State) and Antony Blinken (then Deputy Assistant to the President and National Security Advisor to Vice President Biden) – all whom acknowledged lack of an adequate response from the Israeli Government in Rachel’s case.

In the ruling, the Israeli Court claimed that Rachel was killed in a “war activity” for which the state bears no liability under Israeli law. In response, Human Rights Watch wrote,

Since that ruling in Israel, the family of Rachel Corrie have again turned to Washington DC to try to get U.S. officials to “address their responsibility to U.S. citizens and to all civilians whose lives are impacted and cut short by military actions supported with U.S. taxpayer funding. We ask that they determine what to do when a promise from a key ally’s head of state to our own goes unfulfilled.”

“March 16, 2003, was the very worst day of our lives. Our family deserves a clear and truthful explanation for how what happened to Rachel that day could occur, and to know there is some consequence to those responsible. Rachel deserves this”, wrote the Corrie family in a statement last year.

In the journal that Rachel kept while she was in Gaza, she wrote about the injustice she witnessed being done against the Palestinian people, “This has to stop. I think it is a good idea for us all to drop everything and devote our lives to making this stop. I don’t think it’s an extremist thing to do anymore. I still really want to dance around to Pat Benatar and have boyfriends and make comics for my coworkers. But I also want this to stop.”