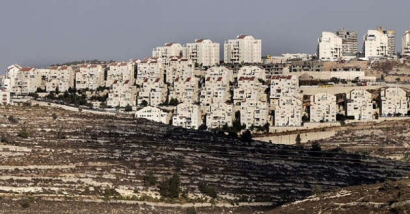 The US, UK, French and German governments condemned Israel’s decision to further expand illegal settlements in the occupied West Bank, this week.According to the PNN, US State Department spokesman John Kirby, on Tuesday, said that the United States was “concerned” with Israel’s moves, noting that there was a “significant increase” over two conversions in 2014: nearly 1,000 acres near Bethlehem, in the Gush Etzion bloc, and another 250 acres in the same area.

“This decision is, in our view, the latest step in what appears to be an ongoing process of land expropriations, settlement expansions and legalization of outposts that is fundamentally undermining the prospects for a two-state solution. As we have said before, we strongly oppose any steps that accelerate settlement expansion, which raise serious questions about Israel’s long-term intentions. ” Kirby said.

The British government, on Wednesday, deemed the Israeli appropriation of the Palestinian land as “illegal,” urging Israel to reverse the situation.

“We condemn the Israeli government’s decision to take over 585 acres of land in the West Bank as ‘state land’. Such steps clearly damage the diminishing prospects for a two state solution. The UK and our international partners have consistently called for an end to settlement expansion, which is illegal under international law and an obstacle to peace” a British Foreign Office spokeswoman said in a statement.

A spokeswoman for Germany’s Foreign Ministry said Wednesday Berlin fears the expropriated land will be used to expand Israeli settlements and make it harder to forge a peace deal with the Palestinians.

“This decision sends a wrong signal at the wrong time. Especially in the current tense situation, both parties in the Middle East conflict are called on to take steps for a de-escalation and to find ways that lead to an urgently needed resumption of peace negotiations,” the German Foreign Ministry said in a statement.

“Settlements constitute a violation of international law and contradict commitments made by Israeli authorities in favour of a two-state solution,” the spokesman said.

Paris is lobbying for an international peace conference before May that would outline incentives and give guarantees for Israelis and Palestinians to resume face-to-face talks before August.

“Israel’s decision … is a further step that risks undermining the viability of a future Palestinian state and therefore calls into question Israel’s commitment to a two-state solution,” the EU said in the statement.

“Any decision that could enable further settlement expansion, which is illegal under international law and an obstacle to peace, will only drive the parties to the conflict even further apart. The European Union remains firmly opposed to Israel’s settlement policy and actions taken in this context, including demolitions and confiscations, evictions, forced transfers or restrictions on movement and access,” the EU said.

On Tuesday this week, Israeli Prime Minister Benjamin Netanyahu and Israeli Defense Minister Moshe Yaalon approved the designation of 580 acres in the occupied West Bank near the Dead Sea and the Jericho as “Israeli state land”, according to [Israeli] Army Radio.

The group said that plans for expanding nearby Jewish settlements, along with building tourism and other commercial facilities in the area, were already on Israel’s drawing board.

More than half a million Jewish settlers live in 237 illegal settlements throughout the occupied West Bank, including occupied East Jerusalem.

Israeli settlers additionally enjoy the cultivation of 9,300 hectares of agricultural land, and settlement businesses that operate 187 shopping centers inside settlements as well as 11 quarries that supply around 25 percent of Israel’s gravel market.