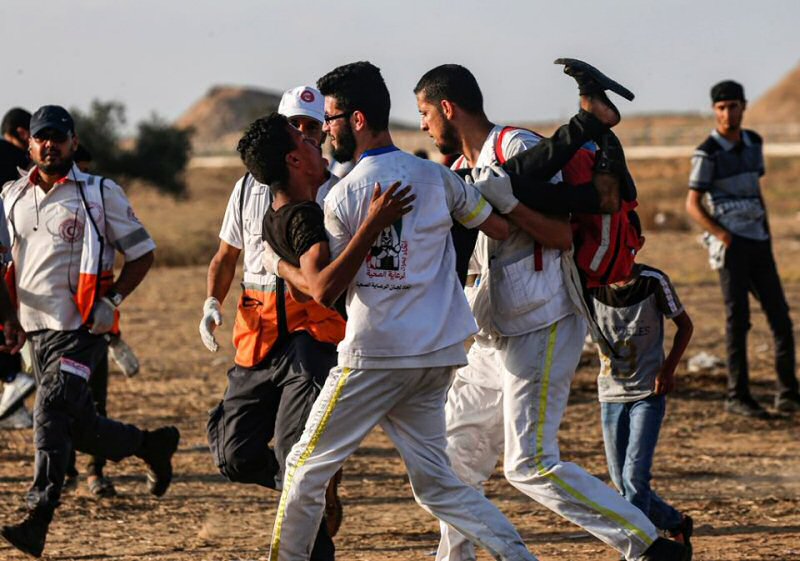 Israeli forces have once again opened fire on Palestinians taking part in the 63rd Friday of the peaceful “Great March of Return” protests, along the separation fence between the besieged Gaza Strip and occupied territories, injuring at least 79 peaceful protesters.

According to  Days of Palestine, the Ministry of Health reported that 79 citizens have been injured.

It stated that, in the course of the year following the start of the protests, in March 2018, the Israeli army killed 277 Palestinians, including 52 children.

The vast majority of these people were murdered in cold blood during the massive, unarmed popular protests that took place along the boundary line between Gaza and Israel. Almost without fail, the protesters have returned every week, time and again, since then, to protest against Israel’s crimes.

What is more, the protests are for the Right of Return – the non-negotiable predicate of the Palestinian liberation struggle. And, they are more than merely symbolic; they are marching for a real return to their homelands, as is their legitimate right.