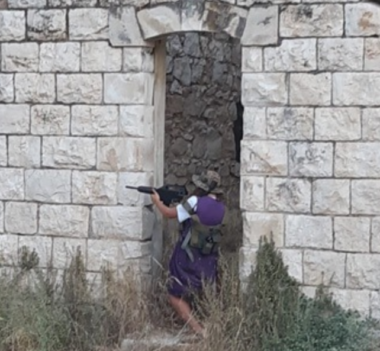 Ghassan Daghlas, a Palestinian official who monitors Israel’s illegal colonialist activities in northern West Bank, said the colonists were armed with assault rifles, and conducted training in the archeological site.

He added that the soldiers closed the area and surrounded it, before allowing the colonist in, and prevented the Palestinians from entering.

Daghlas stated that the colonists were mainly women and children, and almost all of them were armed.

Al-Mas’udiyya area is a destination for internal Palestinian tourism and is known for once having the railway station during the Ottoman era.

When the railway lines were functional during the Ottoman era, they linked the area with Haifa, and all the way to Jordan and Saudi Arabia.