Army Claims Abducting A Palestinian Who Injured A Colonist 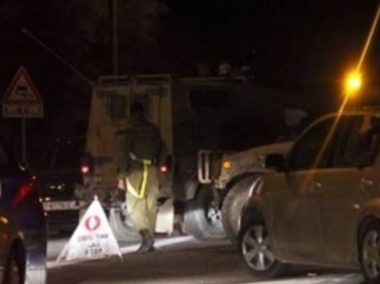 The Israeli army claimed that it recently abducted a Palestinian who reportedly attacked and injured a colonialist settler.

According to the military, the soldiers arrested Ahmad Ibrahim Suleiman Nasrallah, from Teqoua town, east of Bethlehem, who reportedly threw a hammer at a car of a colonialist settler in April of this year, mildly wounding him.

It added that the Palestinian is a former political prisoner, who was released in May of 2018, and that he currently faces very serious charges.

In related news, the Israeli Security Agency stated that the soldiers detained, this month, a Palestinian who hurled Molotov cocktails at Etzion colony, south of Bethlehem, on May 4th, 2019.

It added that the army also detained three Palestinians on suspicious of throwing Molotov cocktails at Etzion.