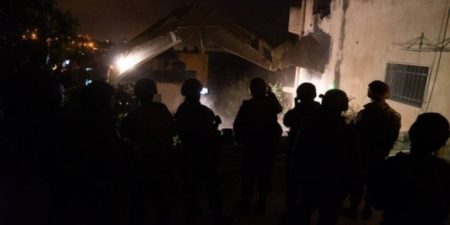 According to local PNN sources, a large number of Israeli soldiers stormed the camp and evacuated Khalifa’s house before bulldozers demolished the house, located on Al-Quds Street, near Qalandia checkpoint.

The same sources added that the Israeli army forced the owners of vehicles in the area to evacuate them, in addition to preventing the press crews from covering the demolition.

It is noteworthy that Khalifa was killed in Qalandia camp, on the first day of Ramadan, in early August, 2011.