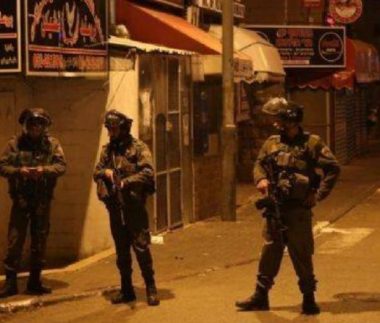 They added that the soldiers fired many live rounds, rubber-coated steel bullets, gas bombs, and concussion grenades at local youngsters who protested the invasion and hurled stones at them.

Medical sources in Rafidia hospital, in Nablus, said the soldiers shot five Palestinians with live rounds, three of them in the legs, and two in the abdomen and back.

Many Palestinians suffered the effects of teargas inhalation and received the needed treatment by local medics.