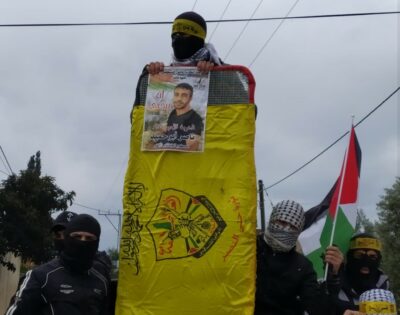 Israeli soldiers injured, Friday, six Palestinians during the weekly procession against the illegal Annexation Wall and colonies in Kufur Qaddoum, east of Qalqilia, in the northern part of the occupied West Bank.

Morad Eshteiwi, the media spokesperson of the Popular Committee against the Wall & Colonies in Kufur Qaddoum, said the Palestinians marched from the center of the village, carrying Palestinian flags and chanting for liberation.

He added that the protesters also carried posters of Nasser Abu Hmeid, a Palestinian political prisoner held by Israel and is facing imminent death and called for his release.

It is worth mentioning that, on January 5th, 2021, the Palestinian Prisoners’ Society (PPS) said the detainee is in a coma.