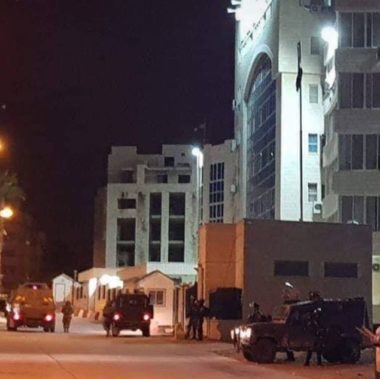 The WAFA Palestinian News Agency has reported that the soldiers damaged many doors, desks and offices, especially while searching rooms of various student blocks.

WAFA added that the soldiers also confiscated surveillance recordings and equipment from the university.

The invasion came just a few hours after the army stormed the area near campus, and fired dozens of gas bombs, concussion grenades, live rounds and rubber-coated steel bullets, at protesters, who hurled stones and empty bottles at them.

The Palestinian Red Crescent Society (PRCS) has reported that its medics provided treatment to seventeen Palestinians who suffered the effects of teargas inhalation.

On Wednesday at dawn, the soldiers abducted seven Palestinians, and demolished a parking structure.