Army Shoots One Palestinian In Hebron 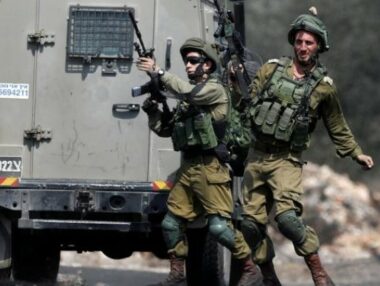 Israeli soldiers invaded the center of Hebron city on Tuesday evening, in the southern part of the West Bank, leading to protesters, before shooting a young man.

Local sources said the protests took pale when the soldiers invaded an area adjacent to the permanent military roadblock on the main entrance of Shuhada Street before storming and searching shops.

The soldiers also occupied the rooftops of buildings to use as firing posts and monitoring towers.

Medical sources said the soldiers shot a young man with a rubber-coated steel bullet before the medics rushed him to a hospital in Hebron.

On Tuesday morning, Israeli police officers killed Abdullah Tayseer Mousa Srour, 41, who is also a Jordanian citizen, after they invaded a construction site, looking for people with no entry or work permits, in Asqalan (Ashkelon) city.