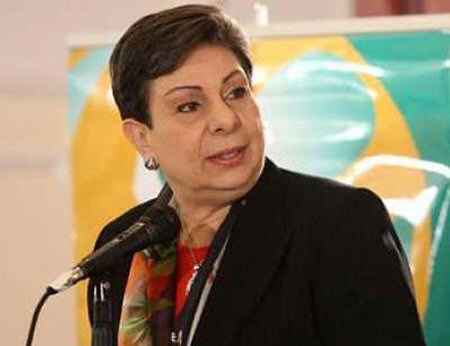 Dr. Hanan Ashrawi, member of the Executive Committee of the Palestine Liberation Organization (PLO) stated, on Sunday, that the Israeli government’s decision to withhold 150 million shekels ($43 million) from Palestine’s tax revenues is a blatant act of theft and political extortion.

“This is a clear violation of Palestinian rights and signed agreements as well as a criminal act of collective punishment exacted for cynical domestic Israeli political reasons,” she said in a statement.

The Israeli cabinet approved, on Sunday, a recommendation by Minister of Defense, Naftali Bennett to withhold revenues collected by Israel, on behalf of the Palestinian Authority (PA) equivalent to what it claimed was money paid by the PA to families of Palestinians killed or imprisoned while resisting the Israeli occupation.

“By this act of theft, the families of the victims of the Israeli occupation are punished and forced into poverty collectively. In the context of the current domestic political stalemate, Israel is intensifying its violations against the Palestinian people,” Dr. Ashrawi said.

“The Palestinian leadership will not succumb to this political and financial aggression and will persist in discharging its duties towards all segments of the Palestinian people,” concluded the statement.