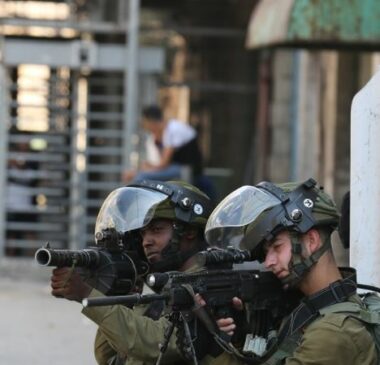 Sources stated that dozens of Israeli soldiers, stationed throughout the streets, and on rooftops of civilian homes, closed entrances to Palestinian neighborhoods, blocking local residents from entering or leaving.

The colonists arrived at the sacred site at 10 o’clock at night via buses, performed talmudic rituals under the full protection of the occupation army, and stayed until dawn.

In related news, the Israeli forces, on Thursday evening, fired sound bombs at Palestinian Muslims gathered at the Bab Al-Amoud area or Damascus Gate entering the old city of Jerusalem, which is home to the blessed Al-Aqsa mosque, the third holiest site in Islam.