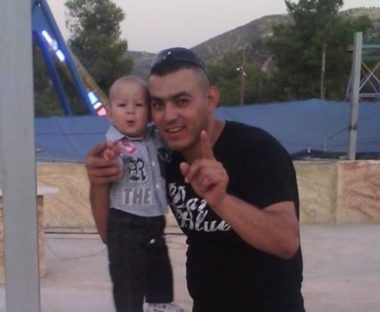 The Palestinian Prisoners Society (PPS) has reported, Thursday, that detainee Salah Jawareesh, 23, has suspended his hunger strike after reaching an agreement and a court ruling, stating that his current Administrative Detention orders will not be renewed.

In a statement, the PPS said Jawareesh was abducted on November 30th, 2017, and received three consecutive Administrative Detention orders; the first was for six months, the second was for six months but was later reduced to four, while the third and current order is for four months.

The PPS stated that the court agreed not to renew the orders against him, and added that Jawareesh is a former political prisoner, from Aida refugee camp in Bethlehem, who was held for two and a half years.

In related news, detainees Omran al-Khatib, 60, from Gaza, and Khader Adnan, 40, from Jenin, are ongoing with the hunger strike.

Khatib started his strike 61 days ago, demanding an early release from prison, and was recently transferred to Barzilai Israeli hospital after a serious health deterioration. He was taken prisoner 21 years ago, and was sentenced to 45 years in prison.

Adnan started his strike 33 days ago, rejecting his ongoing Administrative Detention since he was taken prisoner on December 11th, 2017, and is denied the right to meet with his lawyers in the al-Jalama prison.