Developmentally-disabled Palestinian Shot and Wounded by Israeli Troops near Nablus 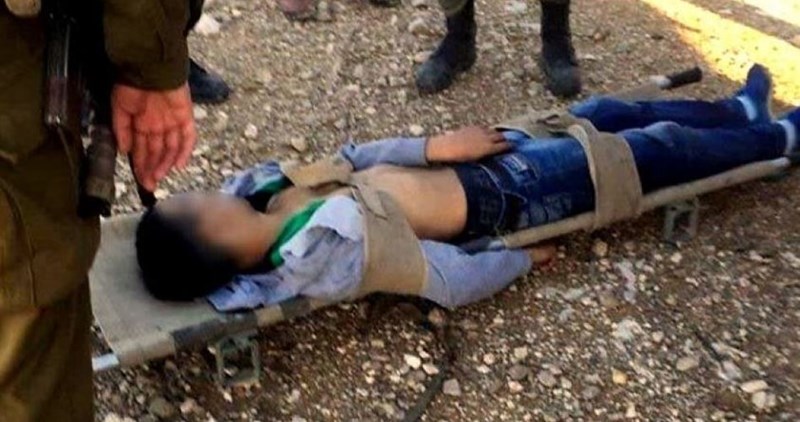 A 26-year old developmentally-disabled Palestinian man was shot and wounded by Israeli forces Saturday after allegedly pulling out a knife while riding a bike near the Awarta checkpoint. No Israeli soldiers were hurt.

The Palestinian man was identified as Hasan Khalid al-Qadhi, 26, from the town of Awarta, near Nablus. Local sources report that he was riding his bike toward the Israeli military checkpoint at the entrance to his village when he was shot and injured. Although Israeli soldiers claimed that al-Qadhi was holding a knife, eyewitness accounts contradict that claim.

The wounded Palestinian was taken to the Rabin Hospital in Petah Tikva, Israel, where he was listed as being in ‘serious’ condition.

Israeli forces have detained al-Qadhi several times in the past, according to local sources, but released him each time upon determining that he was mentally challenged.

Following the military shooting of al-Qadhi, Israeli troops stationed around the Nablus area, in the northern West Bank, closed all of the checkpoints in the area, preventing hundreds of Palestinians from passing through for hours.

The closure of checkpoints is a common occurrence in the West Bank and East Jerusalem, and Palestinian residents have no way to know when they will occur, or plan their work or life schedules due to these closures.

In this case, the closure occurred just as many Palestinians were returning home to break the Ramadan fast in the evening with their families. Saturday marks the sixth day of the 30-day long holiday of Ramadan, in which Muslims around the world fast from food and water during daylight hours.