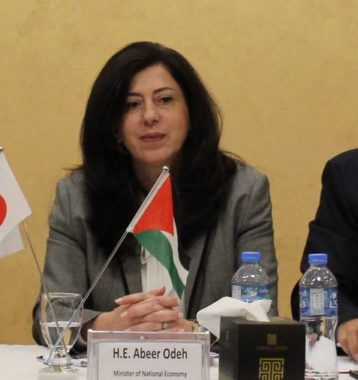 Palestinian Minister Of National Economy Abeer Odeh has denounced, Sunday, what she called the Israeli piracy of Palestinian Tax revenue, which is also another violation of the “Paris Protocol on Economic Relations.”

Minister Odeh said that Israel’s ongoing deductions and expropriation of Palestinian revenues are illegal acts of piracy, aimed a causing further deterioration in the improvised economy of the Palestinian people, living under this illegal Israeli occupation.

She called on the international community to act and ensure an end to Israel’s serious and escalating violations of international laws and regulations.

The Palestinian Minister also said that “Israel, with the direct complicity and support of the United States, is ongoing with its illegal racist policies against the entire Palestinian population.”

She also stated that the Palestinian government is weighing all available options to counter this illegal Israeli measure.