Elderly Palestinian Man Killed after Being Hit by Israeli Motorcyclist 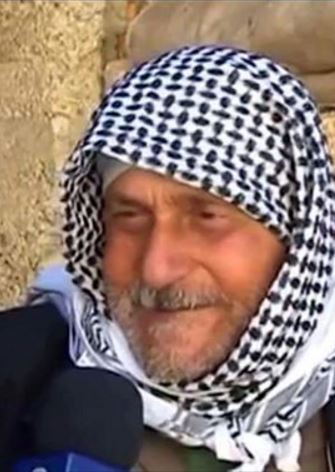 An 85-year-old Palestinian died, on Wednesday, after he was run over by an Israeli settler driving a motorcycle near the community of Khirbet al-Marajim, west of the southern Nablus village of Douma.

Palestinian security sources told Ma’an News Agency that an investigation was opened to determine if the incident had been a deliberate attack or an accident.

The Palestinian was identified as Mousa Mohammad Salman, 85, a shepherd from the Nablus-area village of Talfit.

Hasan Faraj, a relative of Salman, said that Salman succumbed to critical injuries after arriving at al-Najah University Hospital, in Nablus.
Salman had been riding a donkey and herding sheep when he was run over. The donkey was also killed in the incident.

The settler was injured before Israeli soldiers called for an Israeli ambulance that took him to hospital.

Settler violence against Palestinians and their property is common in the Nablus area, as the district is surrounded by 12 Israeli settlements and 37 outposts — the latter of which are ille gal under Israel’s own laws, in addition to being in contravention of international law.

Last week, Israeli settlers and soldiers assaulted several Palestinian  shepherds, including elderly and children, in the area, and detained them.

Israeli settlers have carried out at least 71 attacks on Palestinians and their property in occupied East Jerusalem and the West Bank since the start of 2016, and a total of 221 in 2015, according to the UN Office for the Coordination of Humanitarian Affairs.

However, the perpetrators of violence against Palestinian civilians and their property are rarely punished, with Israeli police closing most investigations without an indictment.