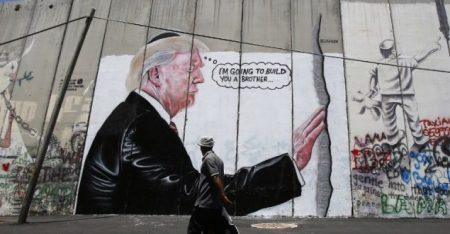 The National Bureau for Defending Land and Resisting Settlements said, in its latest weekly report , that the Israeli government continues with ethnic cleansing and Judaization policies in occupied Jerusalem, so violating the International Law, International Humanitarian Law and the International Legitimacy’s resolutions.

It was revealed that the Israeli Central Court, in Jerusalem, approved the demolition of scores of houses in Silwan town, under the pretext of being located within the natural reserve and garden areas, after the court rejected the appeal submitted by the owners of the houses, who are facing risks of displacement and deportation.

Moreover, the court approved the request of the Israeli occupation municipality in Jerusalem to demolish scores of Palestinian houses in the “Forest of Peace” scheme, and it requested to exclude settlement outposts and houses of settlers in the same area, which was seized by the Elad Settlement Association, and to initiate new settlement projects in order to develop tourism there. Furthermore, the court approved the municipality’s plan to seize land in Silwan’s Al-Bustan neighborhood.

Demolition notices in Silwan and its boundaries are part of the structural plan AM/9, which is the plan for the Old City district of Jerusalem and its neighborhoods. All lands and areas in Silwan, including the neighborhoods of Ein Al Luza, Wadi Hilwa, Bustan and the Central District were classified as public and natural areas.

At the same time, the occupation municipality submitted, to the court, indictments against landowners. The court accepted them and issued demolition orders, after freezing them many times. The court’s decision is to demolish 60 houses, and, if the municipality carries through with this, 500 Palestinians will be displaced.

In return, the Israeli municipality is working to legitimize the settlement outposts and untis that the Elad Association has established in the same areas, whereas the Association built tourism projects without permits, and began to prepare a detailed map to be submitted to the occupation municipality and the organizing committee, for approval.

The Israeli municipality is planning to build a hotel on the area known as Jabal Mukaber, where businessman Rami Levi is working to see the establishment of the hotel on the Park of the High Commissioner, in East Jerusalem, at a cost of about NIS 150 million. The hotel consists of 180 rooms.

In the Jordan Valley, the Israeli occupation authorities issued orders to seize some 51,000 dunams to the east of the Tayasir area, to the Ras Ahmar area, and the Makhol and Samra areas, in order to expand the Itammar settlement, knowing full well that 5 residential communities are living there. The residents were prevented from accessing those areas and given 14 days to reject the decision. Moreover, Israeli forces erected signs in Khirbet Yanon, a village belonging to the land of Aqraba, south of Nablus, stating that hundreds of dunams have been turned into “nature reserves”. And, entry is not allowed.

A report issued by the Madar Strategic Center, for the year 2019, warned that the next step will witness a shift towards annexing the settlements over to Israeli sovereignty and accelerating their expansion, thus preventing any possibility to establish a Palestinian state. The report added that the policies accelerate the establishment of the Jewish national identity of Israel, which will negatively affect the reality of Palestinians in the territories taken in1948.

The report, which was announced at the annual Madar conference, in Ramallah, said that the recent election results provided international momentum to the Israeli right, which is represented by the Trump administration, in the US, and reflected Arab failure.

Within this context, the US Secretary of State Mike Pompeo said, in an interview with CNN, that he doesn’t see Israeli sovereignty over West Bank settlements as damaging to the Trump’s “Deal of the Century” for the Middle East. PM Netanyahu said he intends to impose Israeli law on all settlements, and hopes to do so with the consent of America.

He pledged to maintain Israeli control over the West Bank, and to solidify Israeli rule among more than 400,000 settlers in the West Bank, adding that this will not only apply to the larger settlement blocs, but also to remote settlements. Furthermore, both right-wing and Haredi parties that won the Knesset elections are betting on the support of the administration of US President Donald Trump, for the Israeli annexation policy, which make up about 60% of the West Bank.

As for settler crimes against Palestinian citizens, all sources stated, according to the PNN, that  Moh’d Abdel Fattah, 25, this month, near the main entrance of Beita village, in Nablus, was injured and executed by 2Israeli settlers, as Israeli security forces colluded with the perpetrators and wiped out all monitoring cameras in the surrounding areas, aiming to hide the truth.