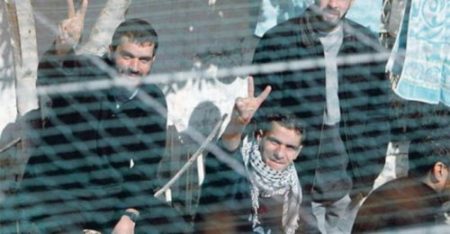 The Detainees and Ex-Detainees Commission, the Palestinian government body in charge of following up on the affairs of political detainees held in Israeli jails, today, said that Israeli authorities continue their detention of French-Egyptian national Salah Mohammad Hasanin, 61.

Hasanin, according to the commission, has been placed in harsh and inhumane detention conditions and is suffering from multiple diseases, including hemiplegia in the right side of his body.

He is also suffering from heart disease, diabetes, high blood pressure and problems in the prostate, and is therefore in need of urgent medical care, the commission added.

Hasanin was recently detained by Israeli occupation authorities while he was visiting the Al-Aqsa Mosque compound, in occupied East Jerusalem. He was taken to the Morrocan compound at the time he was detained, and was later moved to Ofer prison, near Ramallah, Days of Palestine reports.