General Strike in Palestine in Solidarity with Hunger Strike 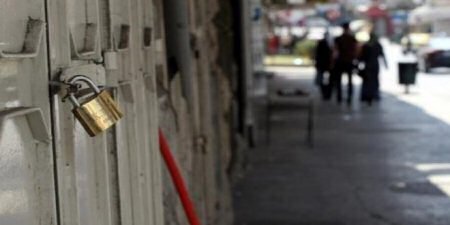 A general strike will take place on Monday, in all areas of the occupied Palestinian territories, including the Gaza Strip and the diaspora, in solidarity with the hunger-striking prisoners, who have now entered the 36th day of their hunger strike.

According to the PNN, Palestinian citizens will stop going to their workplaces and close businesses. Public transportation in Palestinian areas will also come to a halt, and some public and private institutions, including universities, will be shut down for the day.

The national committee for championing the prisoners’ hunger strike, which announced the strike, called on all Palestinian citizens at home and abroad to go to rallying points and solidarity tents at 11:00 am to participate in massive angry marches and protests.

The committee also called for participating in a one-day hunger strike in solidarity with the hunger striking detainees, starting from 10:00 am to 10:00 pm.

For its part, the secretariat of the High Follow-Up Committee for Arab Citizens of Israel said that some public sectors would be closed during the day, except for schools and emergency health services.