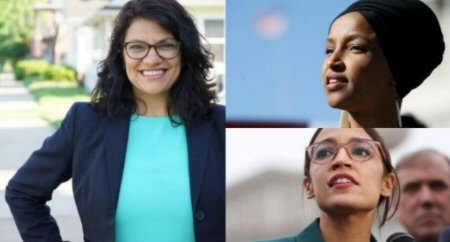 Congresswomen Ilhan Omar, Rashida Tlaib, and Alexandria Ocasio-Cortez (AOC) said they would be signing a bill to stop funding Israel, due to its abuse of Palestinian children.

The bill was introduced by Minnesota Congresswoman Betty McCollum, and would prohibit aid from being used by Israeli authorities to detain Palestinian minors.

Congresswoman McCollum’s Promoting Human Rights by Ending Israeli Military Detention of Palestinian Children Act was introduced in November 2017. It was revived in April 2019 after AOC spoke about the bill in a podcast.

“I am sure @AOC and every member of Congress who cares about children will sign on. Super proud of @BettyMcCollum04 for her leadership on this issue. https://t.co/yMVOkJj4lR”

She tweeted on June 11 thanking her colleagues for signing the bill. Among her co-sponsors are Ilhan Omar and Rashida Tlaib, the first ever Palestinian-American to hold office in the U.S. Congress. Omar and Tlaib are the first Muslim women to ever be in Congress in the United States.

“Thank you to my colleagues for signing on to #HR2407, my legislation to ensure U.S. aid dollars are not spent on putting children in military detention. #NoWayToTreatAChild https://t.co/NoW5PZ95pdpic.twitter.com/UDeuVMjb2R”

Her legislation “amends a provision of the Foreign Assistance Act known as the “Leahy Law” to prohibit funding for the military detention of children in any country, including Israel.”

McCollum herself commented that the bill, “highlights Israel’s system of military detention of Palestinian children and ensures that no American assistance to Israel supports human rights violations.”

The senior legislator added, “Peace can only be achieved by respecting human rights, especially the rights of children. Congress must not turn a blind eye the unjust and ongoing mistreatment of Palestinian children living under Israeli occupation.”