Illegal Colonists Attack A Palestinian Woman And Her Son In Hebron 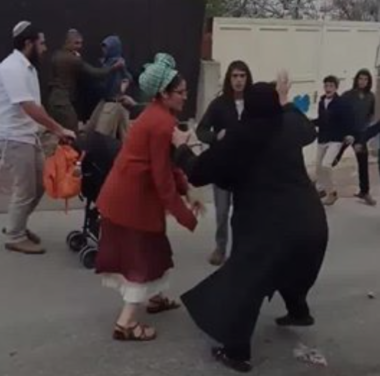 A group of illegal Israeli colonialist settlers attacked, on Saturday evening, a Palestinian woman and her son near their home in Tal Romedia neighborhood in Hebron city, in the southern part of the occupied West Bank, the Palestinian News &Info Agency (WAFA) has reported.

WAFA stated that the Israeli assailants, who live in an illegal outpost in the neighborhood, attacked the woman and her son, from Qa’war family, near their own home, and shouted insults at them.

Tal Romeida is located west of the Ibrahimi Mosque and overlooks Hebron city center; it is subject to constant assaults and violations by the illegal colonists and the soldiers.

Video Of The Attack In Hebron – Published By WAFA