Israel Orders Palestinian Elder To Demolish His Home In Silwan 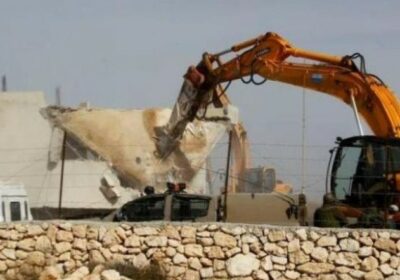 On Thursday morning, Israeli military and police vehicles invaded Silwan town, south of the Al-Aqsa Mosque in occupied Jerusalem and handed a demolition order to a Palestinian elder.

The police claimed that a 100 square/meter home was built without a permit from the city council on land the man owns.

Many Palestinians in the occupied city resort to constructing their homes without permits due to Israel’s continued refusal to issue these permits, especially since expanding families find themselves living in small homes or apartments.

While Israel continues to build and expand its illegal colonies, Palestinian communities, towns, occupied Jerusalem, and various areas in the occupied West Bank, continue to be denied the right to build homes and property.