Israel Will Continue Airstrikes on Gaza ‘As Necessary’ 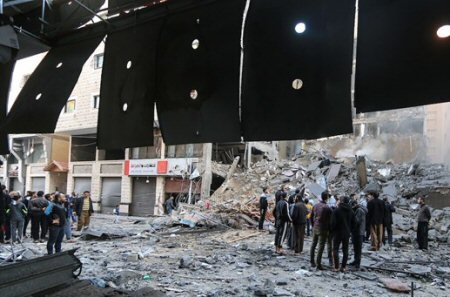 The Israeli Cabinet reportedly decided, on Tuesday afternoon, to resume the offensive on the besieged Gaza Strip, following a meeting that lasted several hours.

According to a statement released by the Cabinet and published on Israel National News, the Political-Security Cabinet discussed events in the south. The cabinet heard reports, from the Israeli army and security sources, about the attacks and the widespread actions against the terrorist elements in Gaza, and instructed the army to continue its operations as necessary.

UN and Egyptian officials will reportedly visit Gaza on Wednesday.
Earlier on Tuesday, sources told Ma’an that the Palestinian factions agreed to a ceasefire agreement upon request by Egypt and the United Nations (UN.)

A total of seven Palestinians have been killed since Monday evening, while more than 30 were injured.