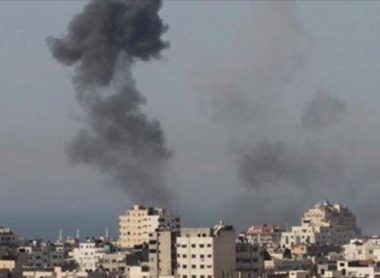 The second strike targeted Palestinians near the Eastern Graveyard, east of Gaza City, but did not lead to casualties.

The Israeli army confirmed carrying out several attacks in the Gaza Strip, and claimed it targeted “Hamas members launching incendiary balloons” into nearby Israeli areas, Israeli Ynet News has reported.

It added that five fires have broken out, Saturday, near the border with Gaza due to the balloons.