Israeli Apartheid Week: An Even Bigger Success in 2019 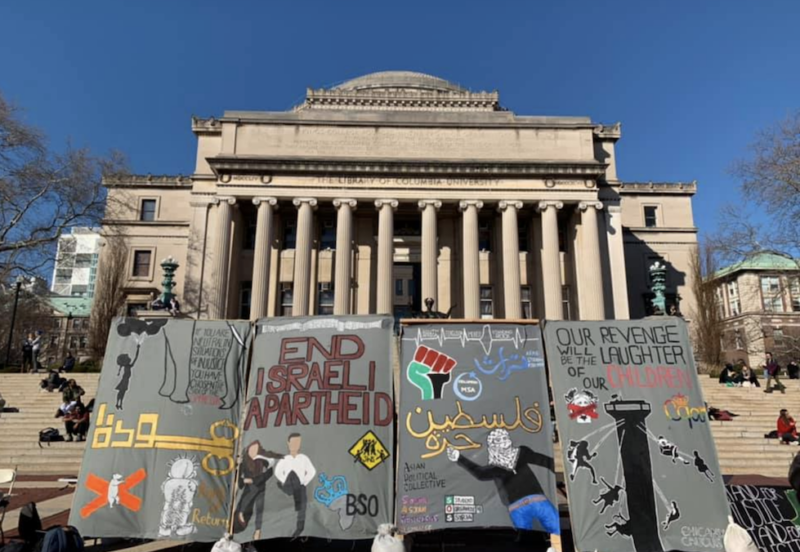 Israeli Apartheid Week (IAW) is an international series of events that seeks to raise awareness about Israel’s apartheid regime over the Palestinian people and build support for the growing Boycott, Divestment and Sanctions (BDS) movement.

Israel is able to maintain its illegal occupation and apartheid regime over Palestinians partly due to its arms sales and the military support it receives from governments across the world.

In Palestine, the sixth national BDS conference was held in Ramallah. The conference, attended by more than 800 people from all around the occupied West Bank, featured a keynote address by video by Ms. Baleka Mbete, speaker of the National Assembly of the Republic of South Africa. 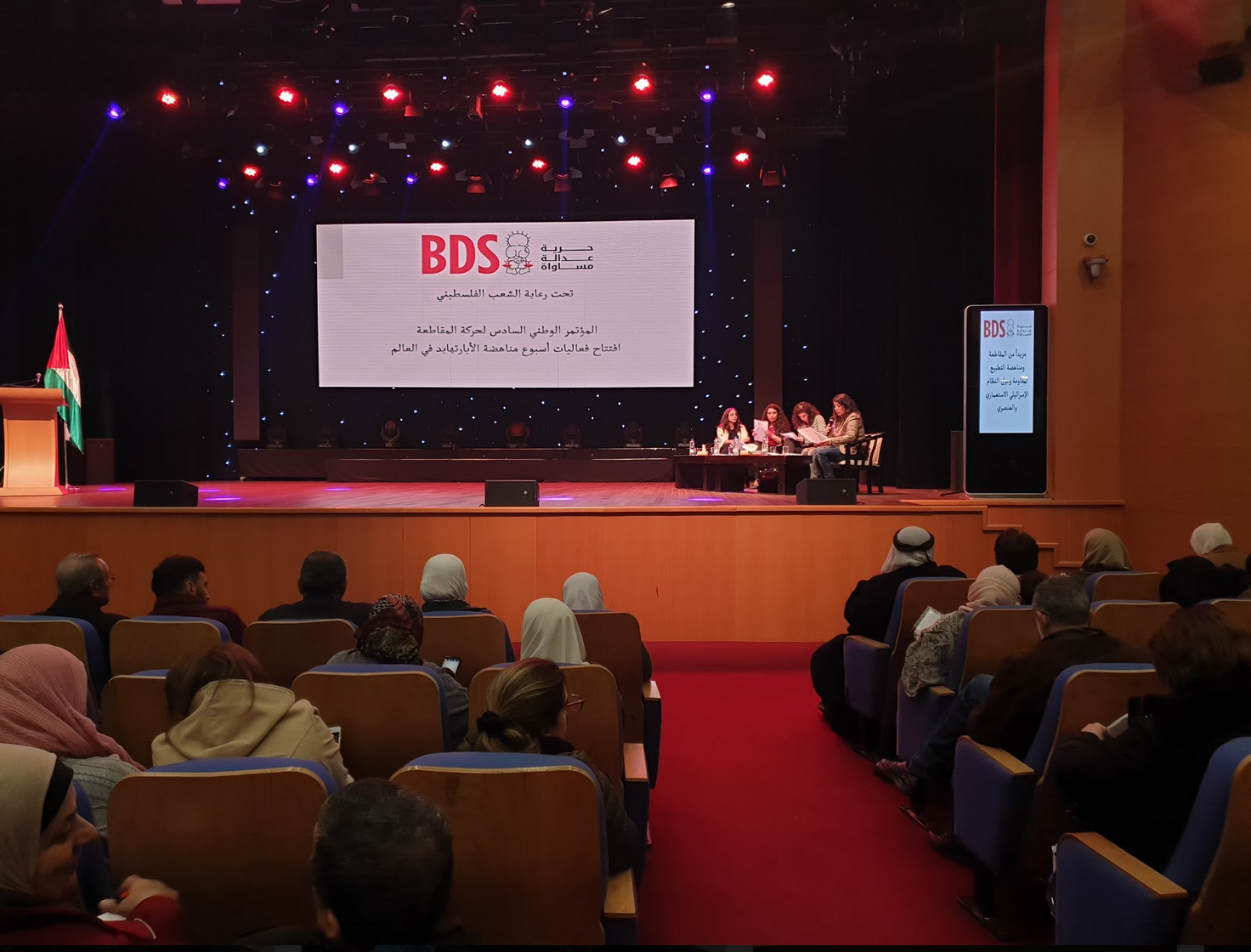 Israeli Apartheid Week launched its events in Gaza with the words of Razan Najjar, a paramedic who was killed during the Great Return March, read by her mother, Sabreen Najjar, who opened the event. Although two IAW events had to be postponed due to Israeli bombings of Gaza on March 26th, and despite the on-going siege, several events were held, including a street awareness campaign on economic boycott, and film-screenings.

At Birzeit University in the West Bank, the Right to Education campaign organized a photo exhibition on campus on the Great March of Return in Gaza. The week launched a campaign on Palestinian Prisoners under Israel’s brutal system of incarceration, and a  seminar was also held on Education in Israeli Prisons, in addition to sending letters and drawings to prisoners. Students also watched the movie “Between Two Crossings,” by the late Yasser Murtaja, a Palestinian journalist killed by Israeli forces in Gaza. More activities and demonstrations were organized in Risan, Ni’lin, Bil’in, Beit Sira and Kafr Qaddum.

With G4S losing many contracts in Arab countries, tens of IAW events were organized in the Arab World focusing on G4S and other complicit multinationals. Activities included film screenings, panel discussions, lectures, and more, aimed at raising awareness  about normalization, military embargo, and BDS campaigning. In Kuwait, three prominent poets held a poetry night for Palestine, in addition to a film screening, a children’s kite event, and an energetic panel discussion with Kuwaiti and Palestinian activists on the cultural boycott. 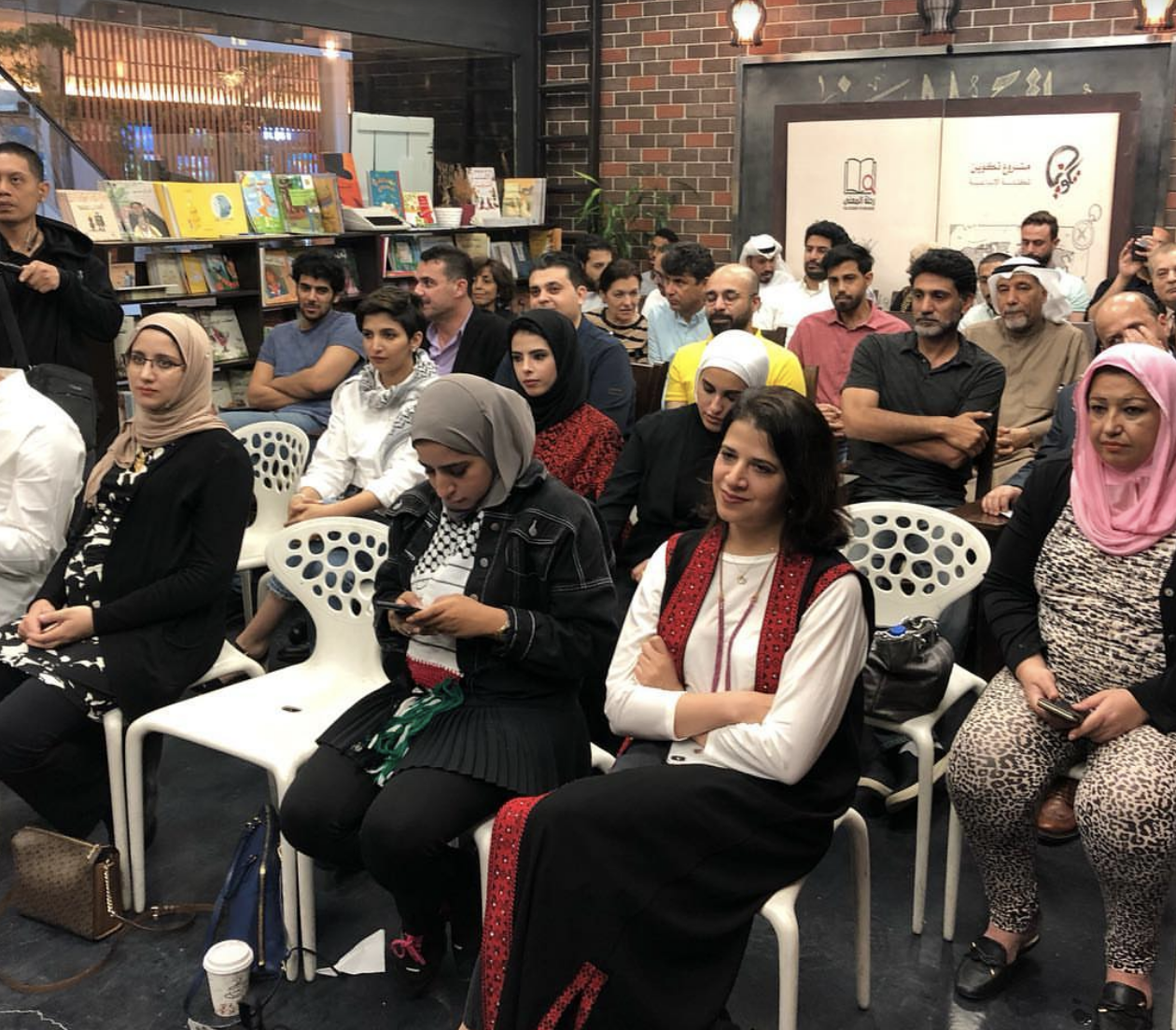 In Jordan, with BDS Jordan, Palestinian Activist Tarek Bakri screened his film “Missing 48,” and discussed his project “We were and We still are here,” which reconnects Palestinian refugees with their homeland. Bakri also presented his project in Morocco, where BDS Morocco organized solidarity events in several cities. In Egypt, BDS Egypt organized several events in cooperation with AUC’s Political Science Students’ Association, and Visualizing Palestine, closing the week by planting orange trees on Palestinian Land Day. 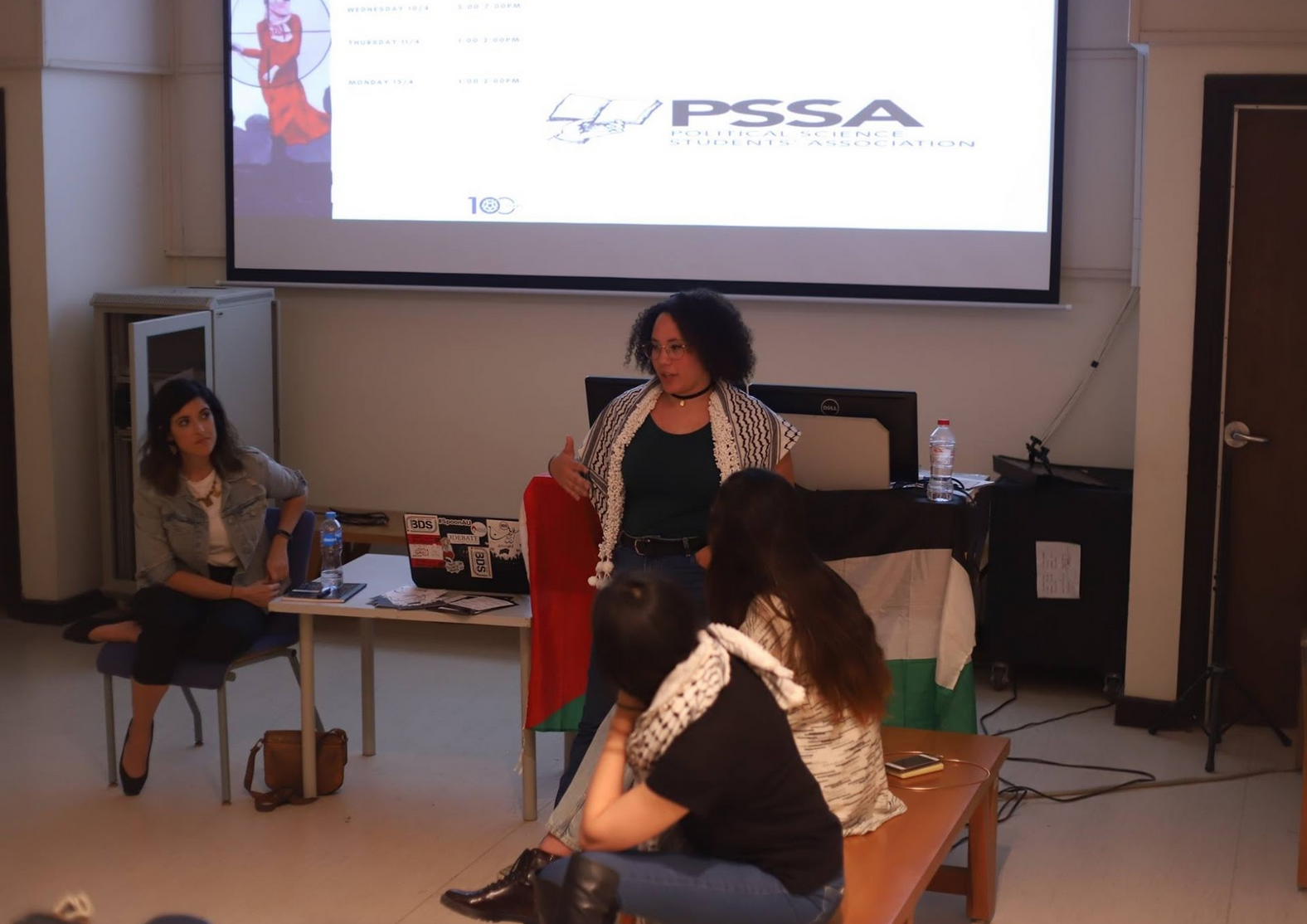 From Portugal to Hungary, Sweden, the Spanish state, Germany and many other countries, over 100 events were organised in Europe this year for Israeli Apartheid Week!

European organizers had the honour of hosting South African ANC veteran leader Ronnie Kasrils, who spoke at IAW events in Vienna, Bern, Geneva, Berlin and London. Despite the growing anti-Palestinian repression in several European countries, his interventions inspired those who heard him, and his voice reached thousand of readers thanks to his op-ed published in the British newspaper The Guardian. 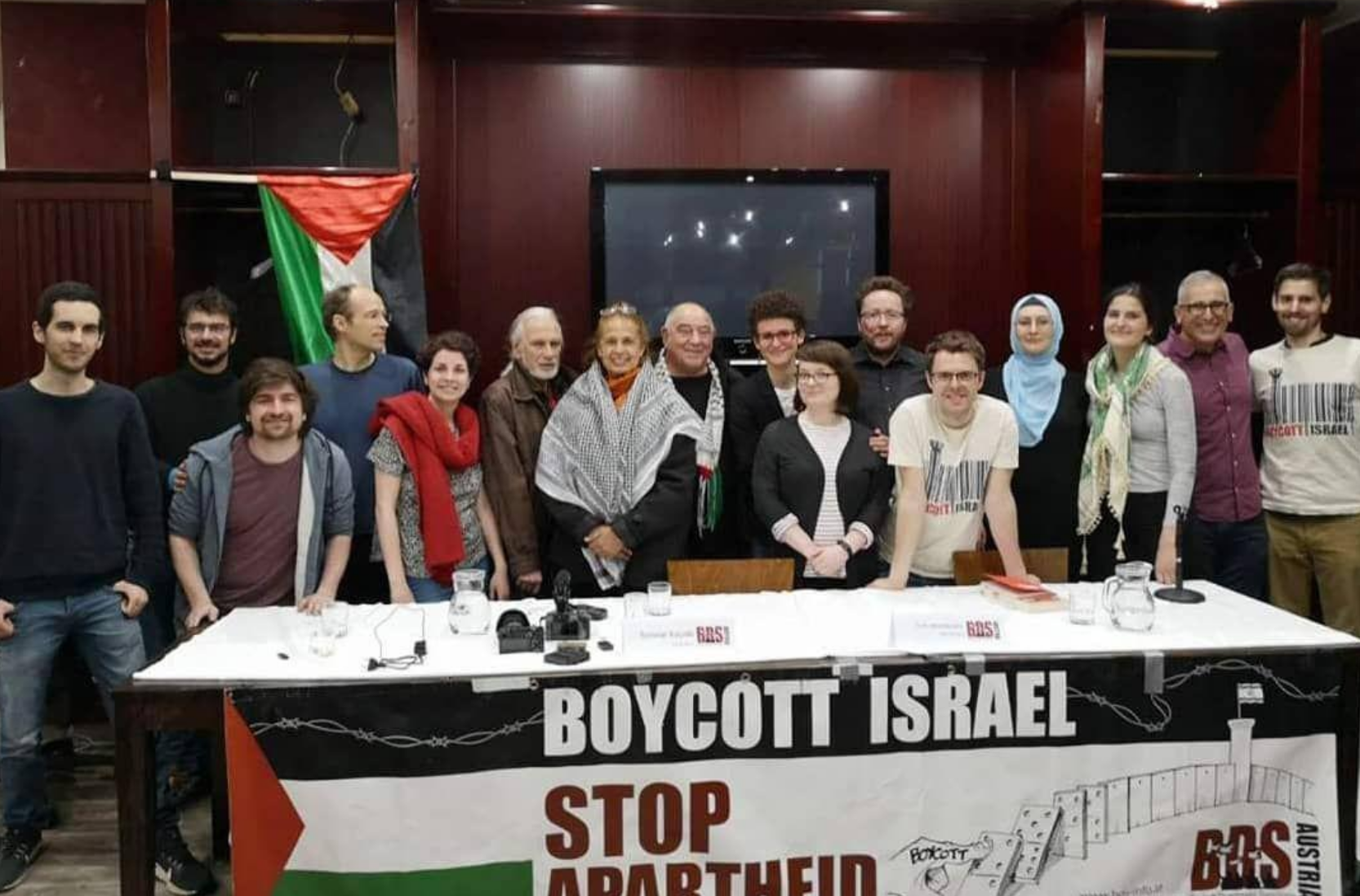 In the UK, tens of Universities organised for Apartheid Off Campus days of action, calling on their Universities to divest from companies profiting from Israel’s apartheid rule over the Palestinian people.In France, Rania Madi from Badil, who also faced strong repression from the French state, toured the country and held events in five different cities. 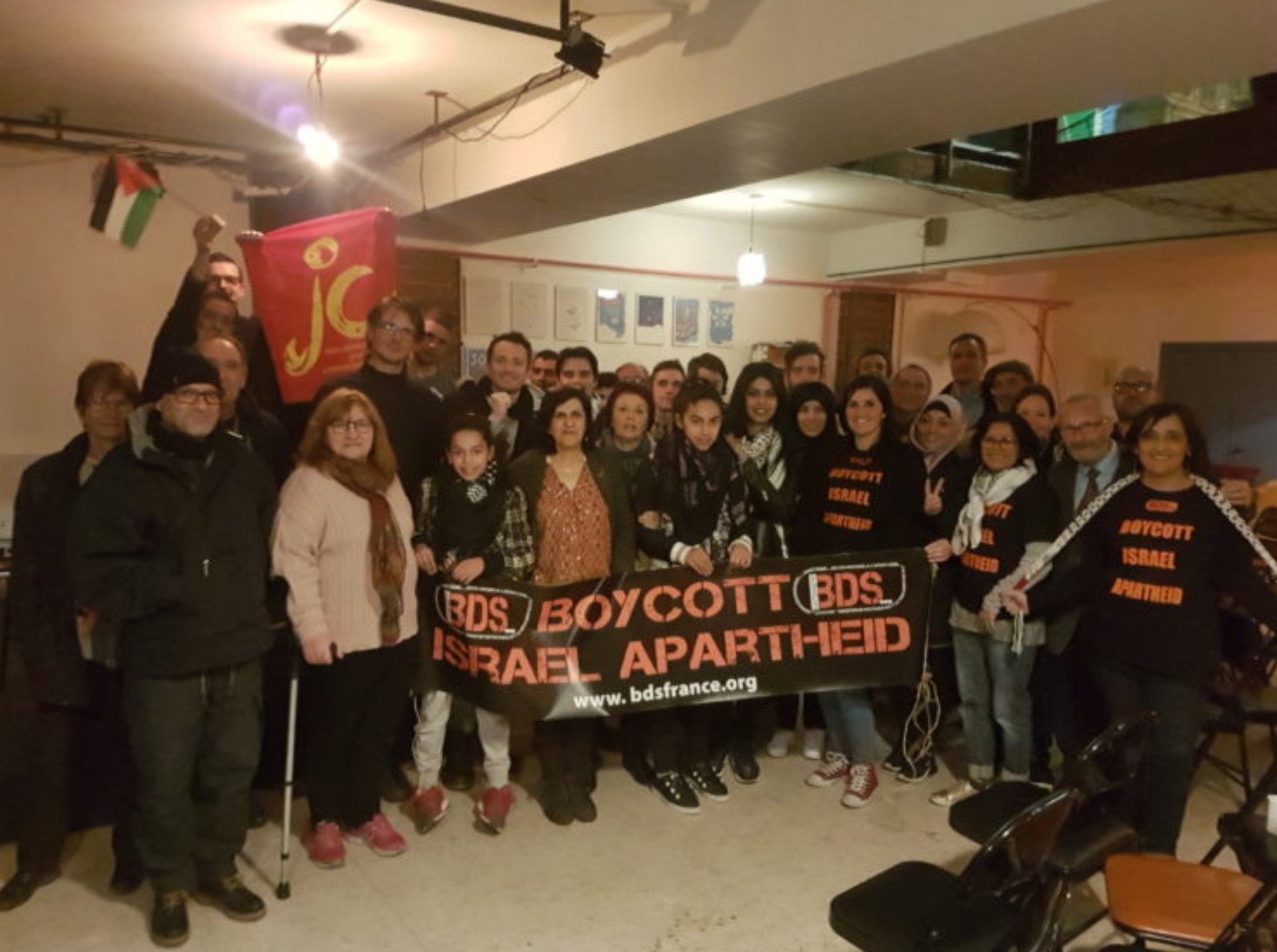 IAW continues to grow on the African continent, under a strong women’s leadership. Members of BDS South Africa and the IAW team met with the deputy leader of the Namibian Parliament, together with members of the SWAPO (South West African People Organization) Women’s Council in Windhoek. Several engagements with political parties, trade unions and civil society groups were held in Botswana. The people of Swaziland face their own oppression, yet, in an act of generous internationalism during this year’s IAW, the Communist Party of Swaziland (CPS) and the Swaziland National Union of students (SNUS), together with local churches and other progressive partner organizations, held a successful event in Manzini. CPS explained that the focus of their event was “the historic relationship between African liberation struggles and that of the Palestinians, as well as Israel’s current oppression and expulsion of African refugees.” In South Africa dozens of events were organized across the country. Comic Mashabela Galane took to the stage in five cities for the comedy tour Apartheid Ain’t Funny! Ali Abunimah was on SABC TV News! 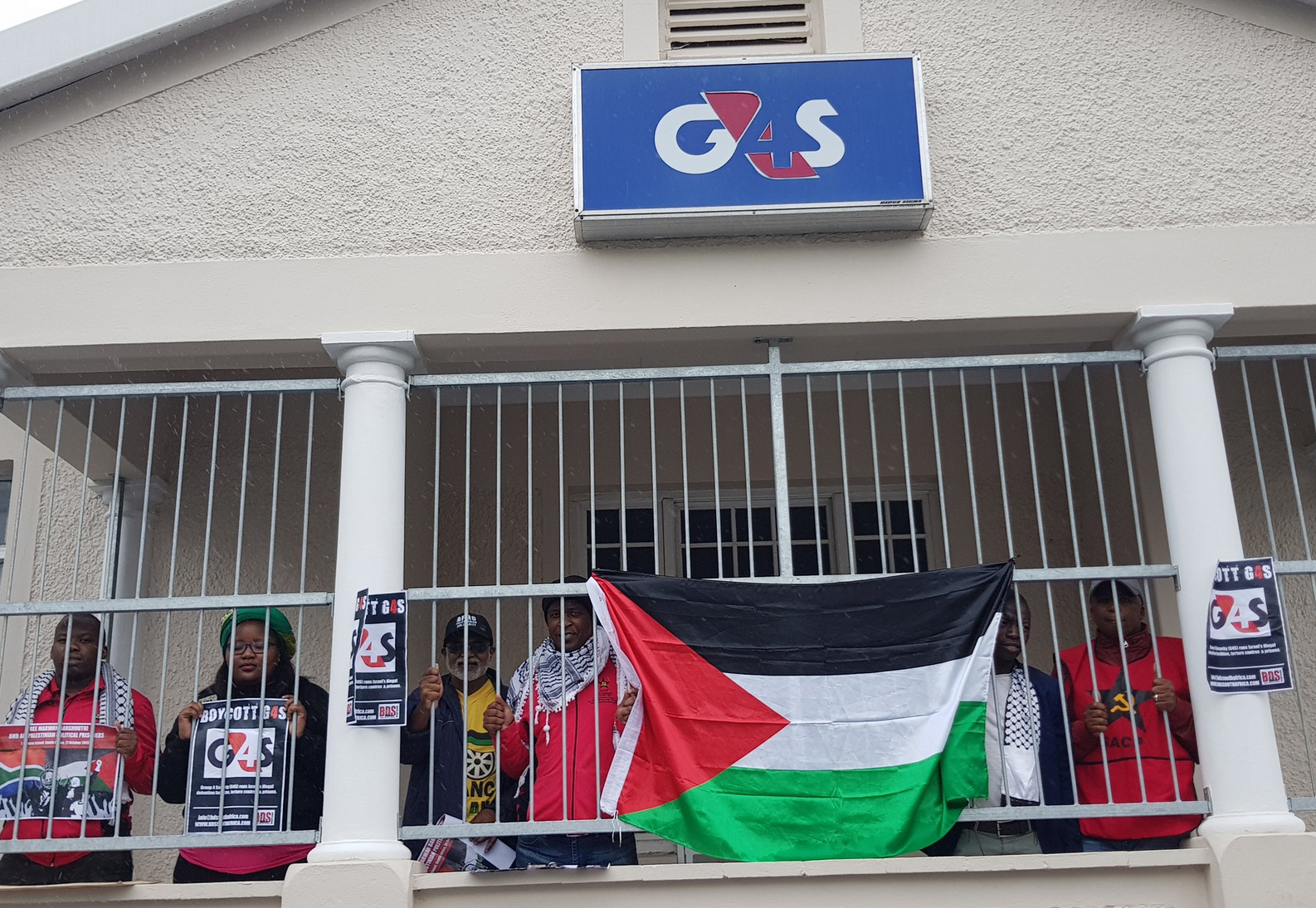 Activists in Latin America organized several activities in different parts of the continent, with multiple events in Chile, Argentina, Brazil, Colombia and Mexico. The activities sought to make visible Israel’s escalating crimes against the Palestinian people, including ongoing colonization of territories and construction of illegal settlements, the imposition of Apartheid laws, and the brutal siege of Gaza. 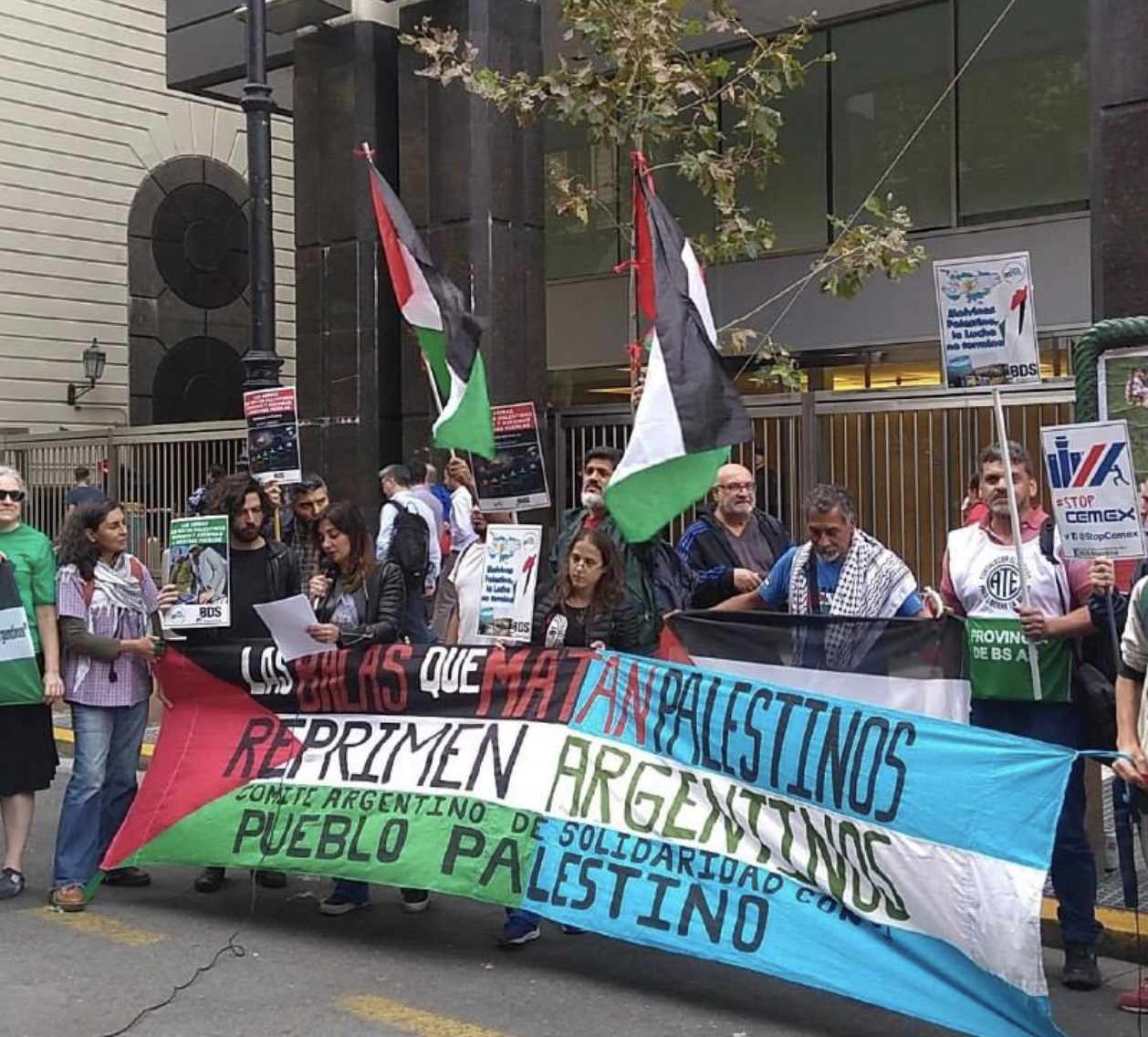 In Mexico, for the first time, a Popular Tribunal was organized on the “Role of Israel in the Militarization of Latin America.” The tribunal was a meeting place for the different victims of militarization, and also for coordinating cross-movement struggles for the demilitarization of Mexico and the continent. 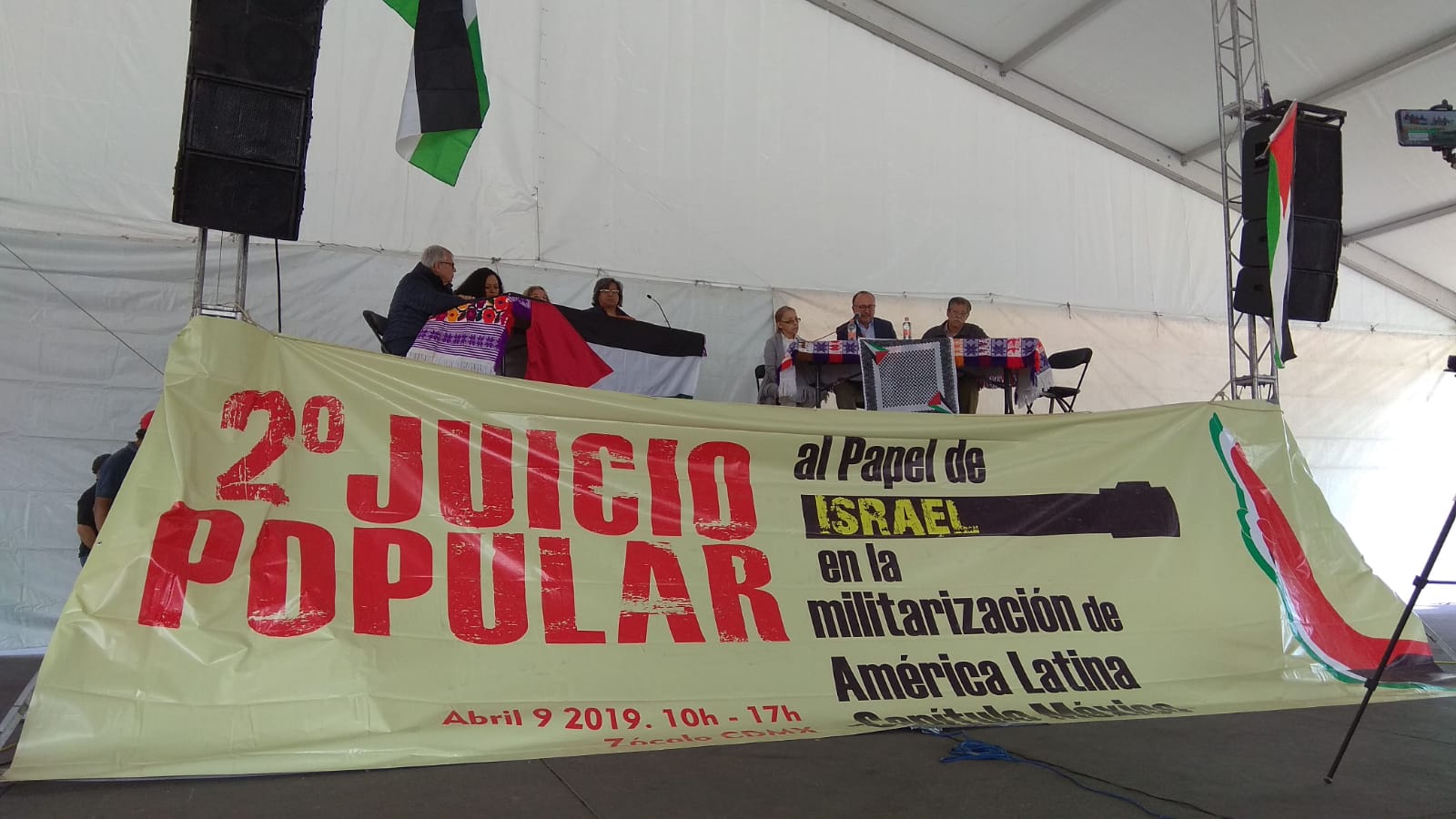 In the United States, students at more than twenty colleges and universities in ten states around the country held Israeli Apartheid Week events. Black Palestinian Solidarity was a frequent event theme, including at Harvard, Tufts, and Kent State. Palestinian poet Remi Kanazi performed on six different campuses. Students at Harvard and Georgetown Universities published strong op-eds in their student newspapers explaining why Israel’s rule over Palestinians fits the definition of apartheid under international law. Off campus, performances by Israel’s Batsheva Dance Company were protested in New York City and Colorado due to Batsheva’s sponsorship by the Israeli government and role in whitewashing Israeli apartheid.

In Asia, IAW events were organized by groups in India and Malaysia. On university campuses in Kolkata and Delhi, India, events included talks and film screenings on Palestine and BDS. The discussions focused on India’s growing ties with Israel, as they go together with the incumbent government’s right wing agenda. In Malaysia, 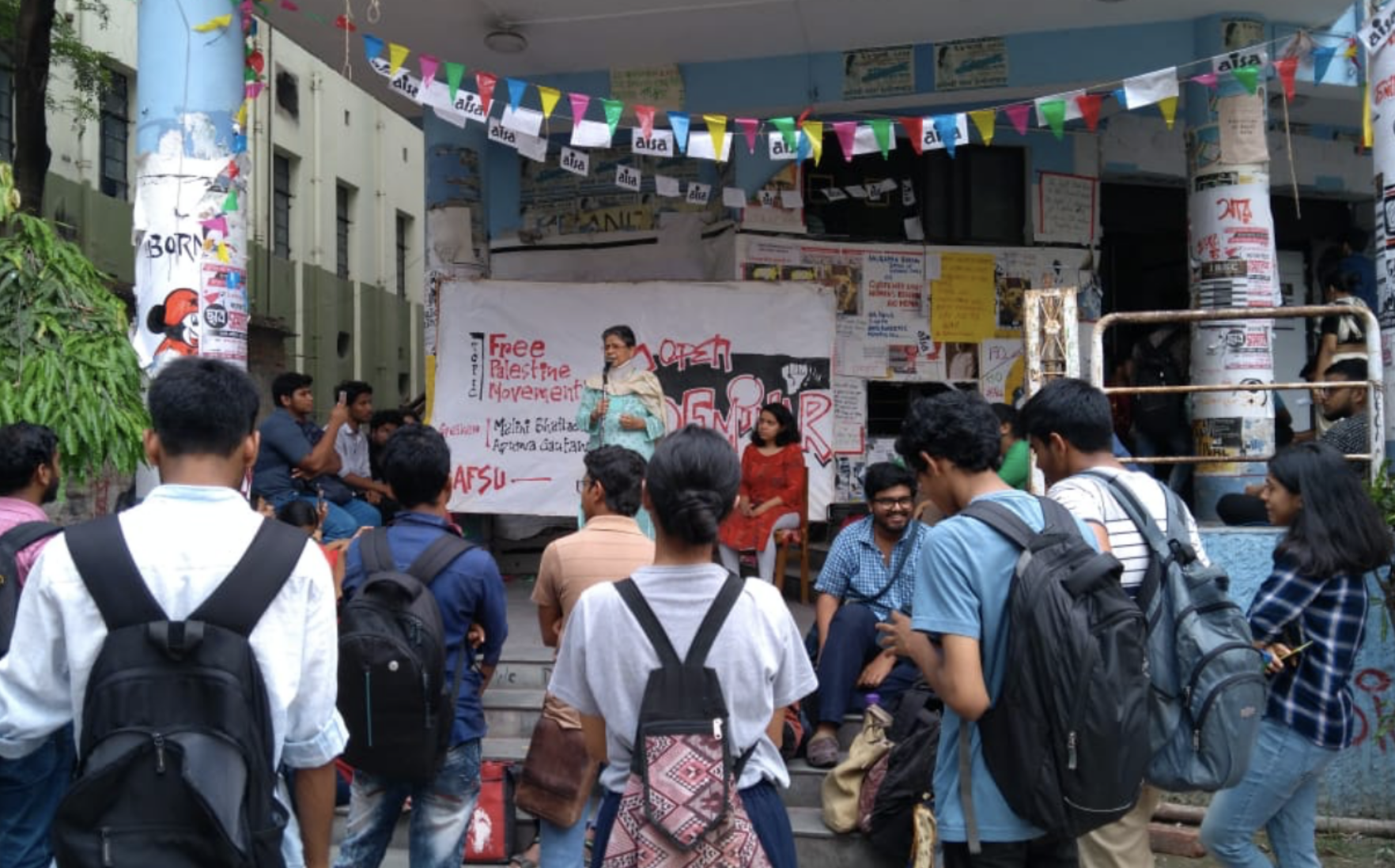 BDS Malaysia organized a conference, Enhancing Palestine Solidarity in Malaysia, with lectures, discussions and a film screening. The keynote covered violations of international law as manifest in Israel’s occupation of Palestine. Strengthening grassroots solidarity through BDS campaigns, and the centrality of women’s struggle in Palestine’s freedom movement were themes of the discussion. 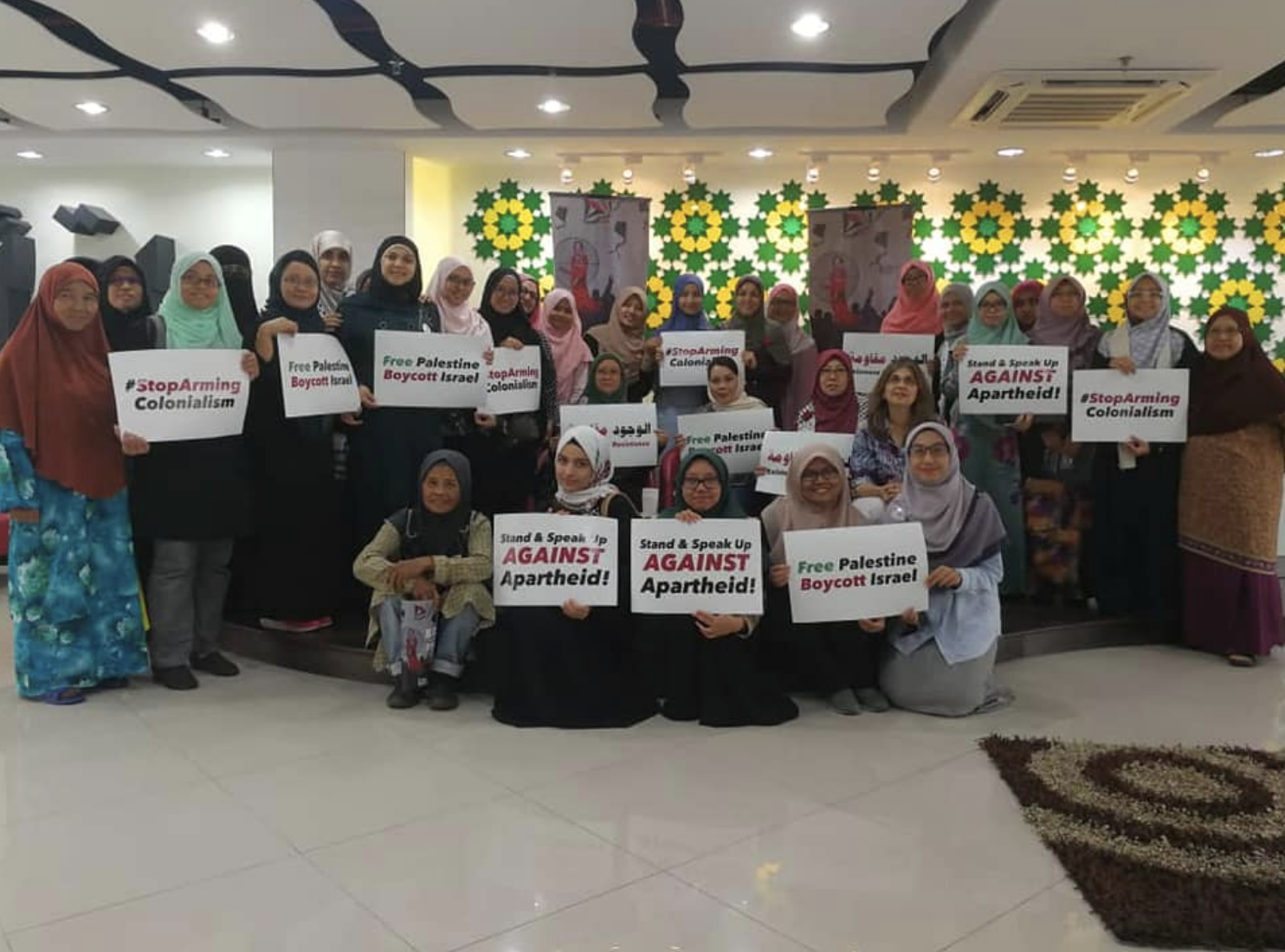 Stay tuned for updates and let’s get ready for an even bigger IAW in 2020!

Human Interest 05/01/19 On May First: Palestinian Detainees are Part of the International Workers’ Struggle