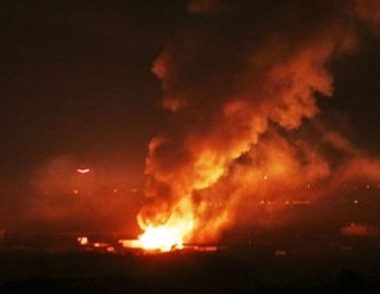 Israeli soldiers fired, on Tuesday at night, several missiles into a site, run by an armed resistance group, east of the al-Maghazi refugee camp, in central Gaza, causing excessive damage.

The Al-Qassam Brigades, the armed wing of Hamas, said the army fired several missiles at a monitoring tower, and nearby buildings, leading to very loud explosions that caused serious property damage, but caused no casualties.

The Palestinian Health Ministry in Gaza said medics, rescue teams and firefighters, rushed to the site of the attack, and confirmed that there have been no casualties.

The Israeli army claimed it fired missiles in retaliation to live rounds fired from Gaza, targeting military vehicles driving near the border fence with Gaza.