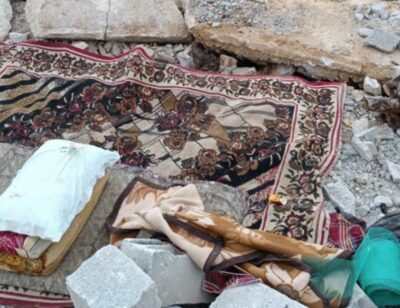 On Monday night, Israeli soldiers demolished a residential room in the Farasin village, near Ya’bad town, southwest of Jenin, in the northern part of the occupied West Bank.

Saleh Mohammad Amarna said the soldiers invaded his land and demolished the room without allowing the family to remove their belongings.

Amarna added that he lived in this room with his wife and seven children and stated that the demolition was conducted without a prior warning.

The Palestinians in the area have been subject to constant violations by the soldiers and the colonizers, who constantly attempt to annex more lands illegally.