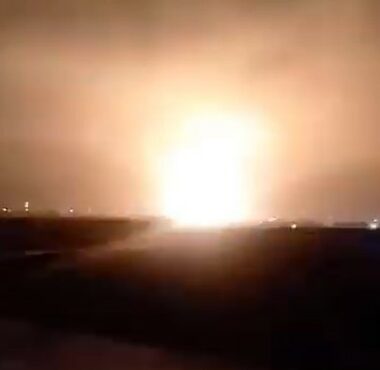 Late at night Monday, the Israeli army fired several missiles into sites believed to be run by armed resistance groups in Khan Younis, in the southern part of the Gaza strip; The army claims it was retaliating to rockets, allegedly fired from the coastal region.

The Israeli army said it fired the missiles after the Iron Dome missiles interception system managed to down rockets fired from Gaza.

It added that it also hit sites used by the Al-Qassam Brigades, the armed wing of Hamas, and sites run by other armed factions and stated that it struck an “arms manufacturing site.”

The army held Hamas responsible for the missiles reportedly fired from Gaza, regardless of which group was behind them.

The Al-Qassam Brigades said, for the first time, it used surface-to-air missiles against an Israeli fighter jet.